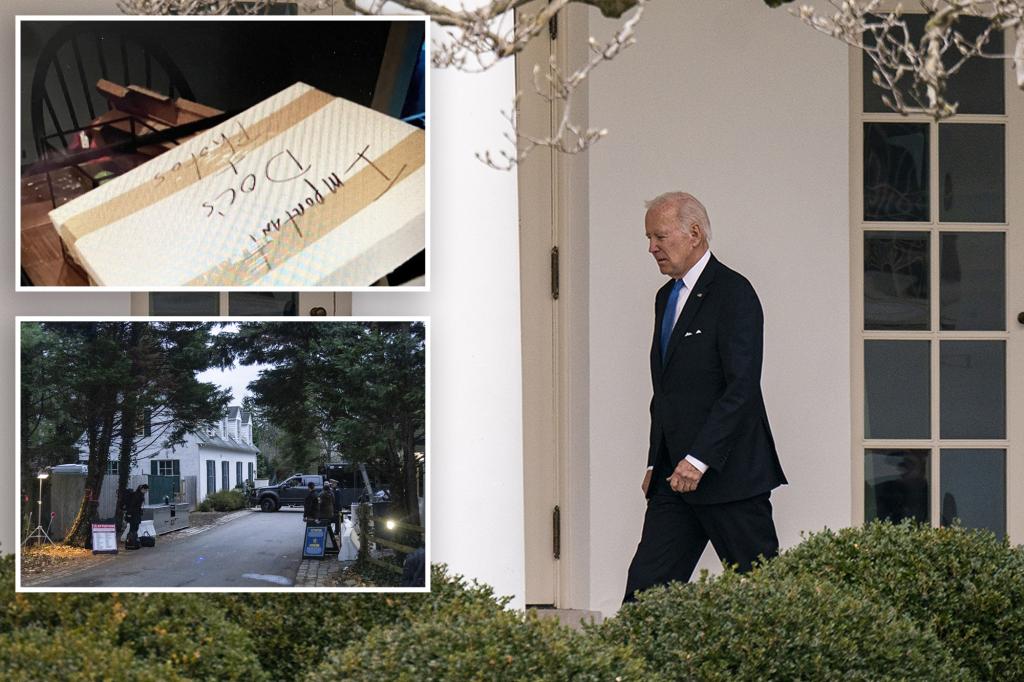 The Justice Department was prepared to obtain a warrant to search President Biden’s Delaware home for classified documents had the commander-in-chief’s legal team not given consent, according to a report.

Before the FBI conducted its unprecedented 13-hour-long search of the 80-year-old president’s 6,850-square-foot Wilmington mansion last week, Biden’s lawyers and the DOJ discussed the details of when and how the sweep would take place, according to CNN.

Federal investigators didn’t raise the possibility of a warrant with Biden’s lawyers during these conversations, but they were ready to get one if needed, according to the outlet.

During the search last Friday, the feds found six more documents marked classified, some dating back to Biden’s days as a senator.

White House counsel Ian Sams described the FBI’s hunt for documents as “a planned consensual search” in a call with reporters on Monday.

The initial discovery of some 10 classified documents at the Penn Biden Center think tank in Washington, DC on Nov. 2 sparked the DOJ’s investigation into Biden’s mishandling of highly sensitive papers.

On Nov. 10, the DOJ’s National Security Division notified Biden’s legal team of the specific processes and protocols the president’s lawyers were expected to follow over the course of the probe, CNN reports.

Biden and his team have publicly emphasized that they’ve been cooperative with the DOJ throughout the process and in the lead-up to Friday’s search of the Wilmington house, but according to the news outlet, DOJ officials have been unhappy with the slow pace of the searches.

The president’s personal lawyers searched his Wilmington home for classified documents for the first time in December, more than six weeks after the initial discovery at the Penn Biden Center. Biden’s ​​Rehoboth Beach, Delaware home was not searched for another three weeks after the Wilmington sweep.

Biden’s lawyers also failed to notify the DOJ before their searches took place, irking some at the department, and only alerted investigators when more classified documents turned up, according to CNN.

The slow drip of information released to the public by the White House also concerned DOJ officials, the outlet said, noting that by the time news of the documents found at the Penn Biden Center broke, classified material had also been found in Wilmington by Biden’s lawyers, which was not disclosed the same day.

Before last Friday, the Justice Department decided against having FBI agents watch over searches of Biden’s Delaware homes in part because Biden’s attorneys were deemed to be cooperating with the DOJ’s investigation, the Wall Street Journal reported last week.

Attorney General Merrick Garland on Monday pushed back on criticism that the Justice Department is treating Biden more favorably than former President Donald Trump as the government investigates the mishandling of classified documents by both men.

“We apply the facts and the law in each case in a neutral and nonpartisan manner,” he added. “That is what we always do, and that is what we do in the matters you are referring to.”