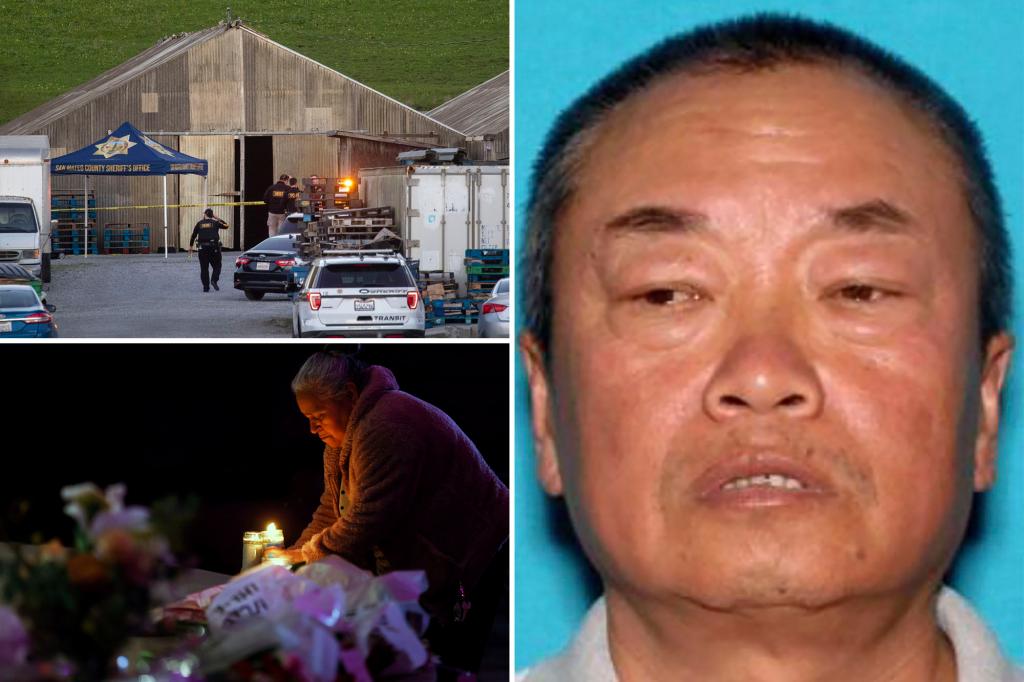 Children who had just been let out from school for the day witnessed the brutal massacre that left seven dead Monday afternoon at two mushroom farms in Half Moon Bay, California, authorities said.

San Mateo County Sheriff Christina Corpus said the children, many of whom lived in the vicinity of the shootings, were present as the rampage unfolded at the two farms about a mile apart.

“This kind of shooting is horrific; it’s a tragedy we hear about too often,” San Mateo County Sheriff Christina Corpus said at a press conference Tuesday. “For children to witness this is unspeakable.”

None of the children were injured. It’s unclear whether the kids were present at one or both scenes.

Authorities have called the attack an act of “workplace violence,” and said that the 66-year-old suspect allegedly attempted to suffocate a coworker years earlier.

A decade ago, mass shooting suspect Chunli Zhao was accused of trying to kill his roommate after the man didn’t have checks from a job Zhao had quit days before.

After threatening the roommate, Zhao allegedly tried to suffocate him with a pillow, according to court docs.

“Mr. Zhao said to me, today I am going to kill you,” the roommate, Jingjiu Wang, wrote. “He then took a pillow and started to cover my face and suffocate me.” Wang was able to fend off the attack, according to a restraining order application.

Zhao was arrested Monday after he allegedly shot seven people to death at two separate farms in the small coastal town. He is believed to have killed four people and wounded one at Mountain Mushroom Farm before fatally shooting three other people at another mushroom farm several miles away.

Zhao previously worked at both farms before he carried out his deadly attack, according to authorities.

The massacre was the third mass shooting to make headlines in California this month, taking place hours before one person was fatally shot and seven others were injured in Oakland.

It also comes days after 11 people were killed and 11 others were injured when a gunman opened fire on an Asian American community celebrating the Lunar New Year in Monterey Park, just outside Los Angeles.