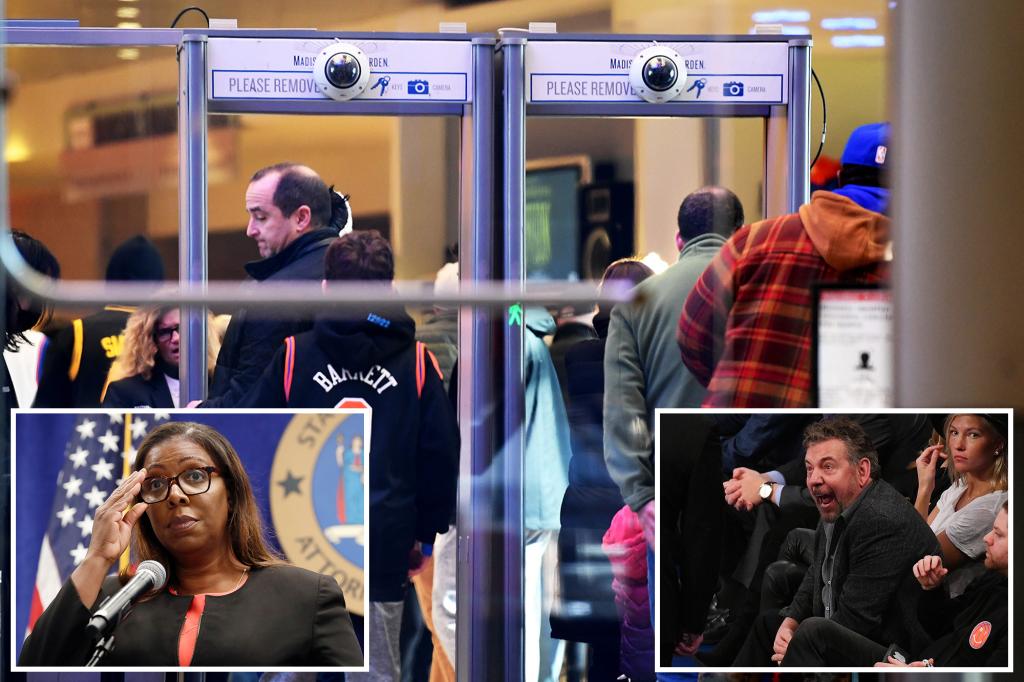 The company has used the tech to block attorneys from law firms with active litigation against it from attending events at its venues — something James warned could run afoul of local and federal laws.

“We write to raise concerns that the Policy may violate the New York Civil Rights Law and other city, state, and federal laws prohibiting discrimination and retaliation for engaging in protected activity,” she said in a Tuesday letter to MSG attorneys.

“Attempts to dissuade individuals from
filing discrimination complaints or encouraging those in active litigation to drop their lawsuits so they may access popular entertainment events at the Company’s venues may violate state and city laws prohibiting retaliation,” the letter added.

The state’s top law enforcement officer is giving MSG until Feb. 13 to provide docs justifying the practice — which she said potentially affects thousands of attorneys spread among roughly 90 firms — and outl ine how it does not violate anti-discrimination laws.

“Discrimination and retaliation against those who have petitioned the government
for redress have no place in New York,” reads the letter.

The company has deployed the cutting-edge tech to identify and eject at least four attorneys from events at MSG and Radio City Music Hall — whether or not they were directly involved in litigation against the company brought with the help of their employer.

West Side Assemblyman Tony Simone was also disinvited from an NHL-sponsored event at MSG after he criticized the “dystopian” use of the technology alongside other Manhattan officials.

He is now sponsoring legislation that would expand an existing state law prohibiting  “wrongful refusal of admission” to include sporting events.

MSG has defended the policy by arguing facial recognition software is broadly used for security purposes and that allowing lawyers tied to outside litigation might bring risks to the company.

A company spokeswoman did not immediately provide comment Wednesday about the letter officially signed by Assistant Attorney General Kyle Rapiñan of the Civil Rights Bureau within James’ office.

The letter argues facial recognition software is hardly a perfect technology, especially when it comes to accurately recognizing people who are not white men like Dolan.

“Research suggests that the Company’s use of facial recognition software may be plagued with biases and false positives against people of color and women,” reads the letter.