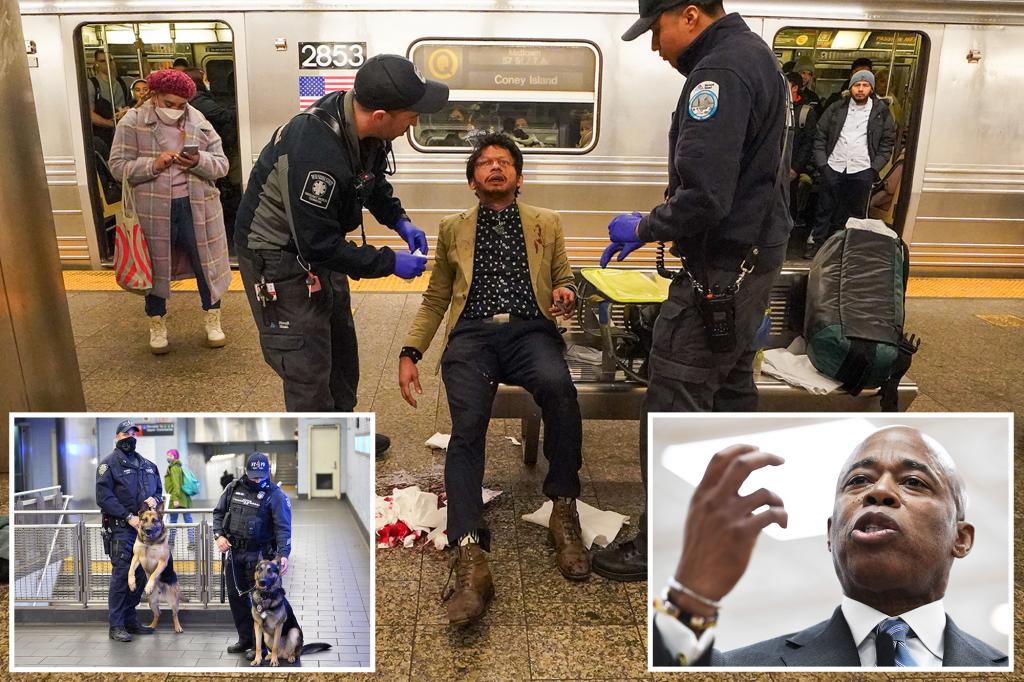 Mayor Adams made the rounds of national and local morning talk shows Wednesday to say that straphangers are enjoying a “cleaner” and “safer” subway system, despite high-profile incidents like the recent beatdown of a local meteorologist.

The Democrat appeared on MSNBC’s “Morning Joe” and WABC’s “Sid & Friends In The Morning” to tout the results of his subway safety initiative that flooded the system with 1,200 cops in the fall.

Adams said the majority of the city’s 2.9 million daily subway commuters were getting around safely. Crime in the transit system was down 28% this year compared to last, NYPD statistics showed and cops were making an average of six felony arrests in the system, according to the mayor.

“They’re saying they feel safer. They feel it’s cleaner,” Adams said on MSNBC, referr ing to the results of a yet-to-be-released MTA survey.

“They feel they’re seeing less people with mental health illness that they can’t take care of themselves. We took a very strong position that we were not going to walk past individuals who meet that criteria.”

The charm offensive continued on the airwaves, where Adams said his new push to have cops round up unstable people living in the system and bring them to hospitals for psychiatric evaluations doesn’t go far enough.

A new NYPD proposal to issue costly summons to homeless people to get them out of the subway system and into the criminal justice system was considered last week after Adam’s November initiative prompted widespread criticism from advocates and at least one lawsuit.

“You know what’s really challenging? Is that when we see that homeless person and we know they can’t take care of themselves, some of our laws are restricting us from doing the involuntary removal that’s needed,” Adams told radio host Sid Rosenberg.

The mayor referenced the recent attack of Fox News weatherman Adam Klotz, who police said was attacked by a group of teens as he rode the 1 train in Manhattan early Saturday morning.

Klotz said the beating began when he tried to stop the group from lighting a man’s hair on fire. Three of the alleged attackers — between the ages of 15 and 17 — were arrested and released due to them being underage, according to cops.

“Sometimes when those terrible incidents, the unfortunate one that happened with the news reporter, sometimes when that happens, and then we see the visible disorder we start to feel unsafe in the process,” Adams said.

“But those customer satisfactory surveys are saying, ‘Hey, we like what we’re seeing. We liked how they did the subway safety plan. We’re moving in the right direction.”

Officials did not immediately respond to a request to view the customer satisfaction survey championed by the mayor.