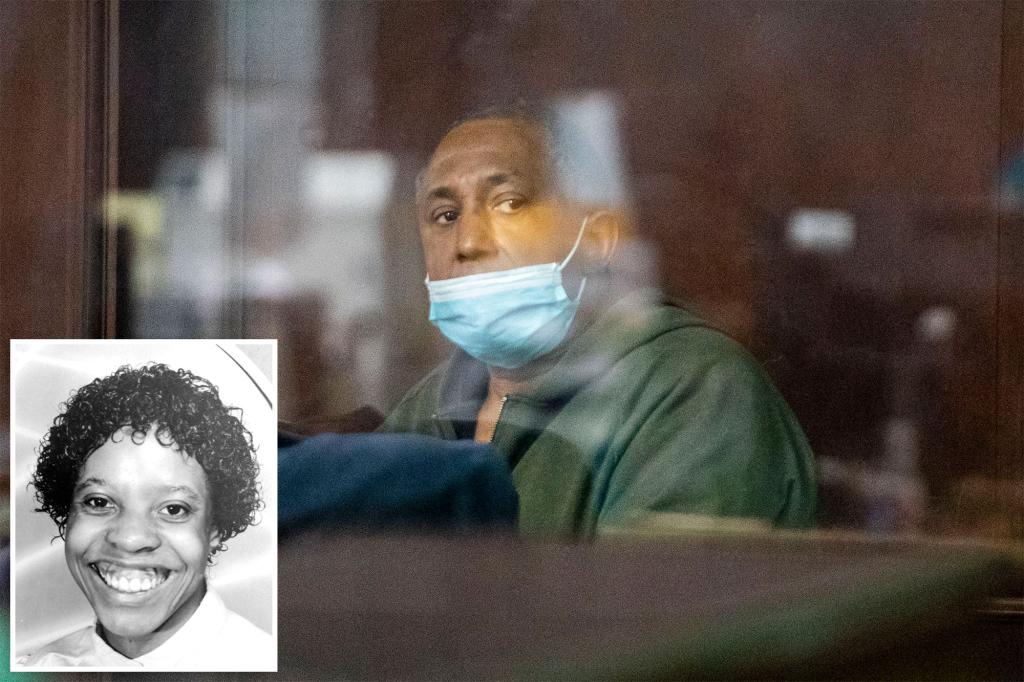 The ex-con charged in the brutal 1994 double slaying of a Harlem mom and her daughter yelled out in a Manhattan courtroom to proclaim his innocence Tuesday.

“I’d like to say something, judge,” career criminal Larry Atkinson called out during his arraignment in Manhattan Criminal Court. “I didn’t do it!”

Atkinson, 64, wore jeans and an olive sweatshirt — and used a walker — as he appeared before Criminal Court Judge Jay Weiner facing two counts of second-degree murder in the case.

He was busted by the NYPD Cold Case Squad at 7:30 a.m. Monday in the decades-old deaths of Sarah Roberts, 57, and her 25-year-old daughter.

The two victims were found inside their apartment in the Grant Houses public housing complex on Feb. 20, 1994, with the case remaining a mystery until now.

In court Tuesday, Atkinson’s lawyer argued for her ailing client to be released pending trial.

“My client is now in his 60s and he suffers from numerous medical conditions,” Legal Aid attorney Michelle Villasenor-Grant told the judge. “My client was diagnosed with prostate cancer 11 months ago, he gets chemo every week.”

Villasenor-Grant said Atkinson also has cataracts and is due for surgery next month.

The judge denied the request and ordered him held without bail.

Atkinson was dating a home health care aide who cared for Sharon Roberts, who was developmentally disabled, at the time of the killings, police said.

The aide, Celeste Cornelius, still lives with the accused killer and defended him.

Cops found no evidence of forced entry in the sixth-floor apartment after the home attendant made the grisly discovery and called 911, The Post reported at the time.

Sarah Roberts was found on her bed and her daughter was on the floor with “a woolen stocking wrapped around her neck,” cops said in 1994.

Police said a cassette video recorder and several hundred dollars in cash were stolen, but it remains unclear why Atkinson allegedly killed the pair.

Atkinson has a total of 28 arrests on his rap sheet and served state prison time on five separate occasions, according to the NYPD.

His time behind bars dates to 1985, when he was sentenced to two years in prison on an assault conviction and was paroled in 1987, online state records show.

Atkinson, who also did state time on assault, drug and attempted robbery raps, was last paroled in 2013 after serving another two years on an attempted drug sale conviction.