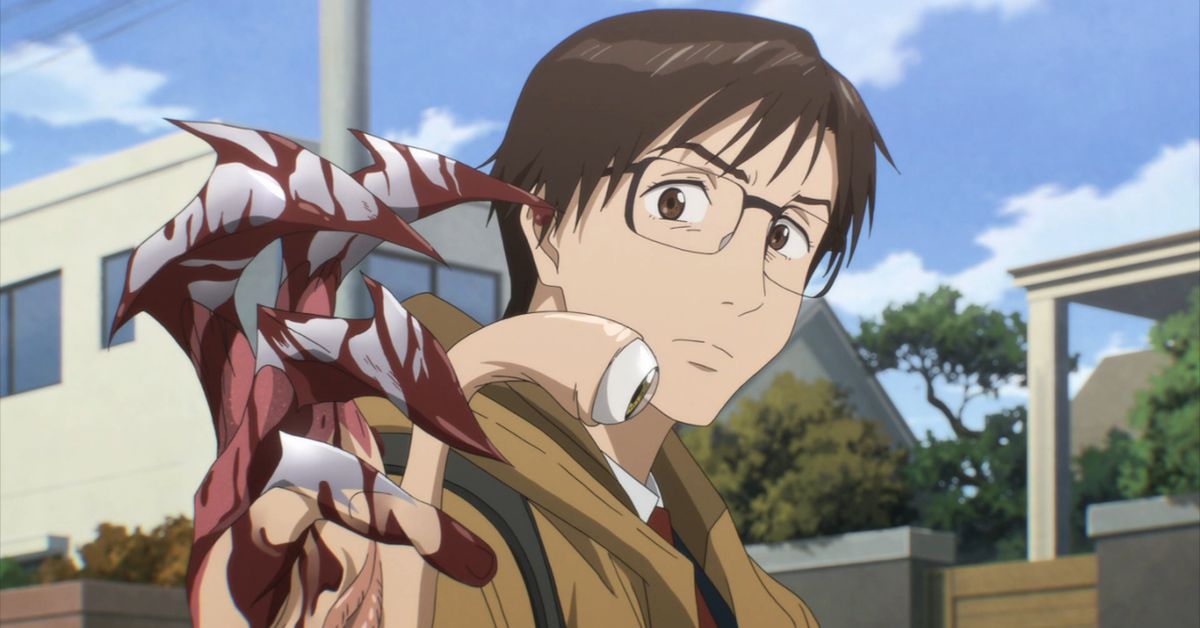 Chainsaw Man, the anime adaptation of Tatsuki Fujimoto’s action-horror manga about a boy named Denji with the power to transform into a man made of chainsaws, concluded its first season in late December 2022. While readers of the manga are already aware of what transpires following the season’s cliffhanger finale, fans of the anime will have to wait a bit longer for the answer to just who that dark-haired young woman seen in the post-credits of the final episode was.

While I could certainly bend your ear and spin you quite the yarn as to who that woman was and what exactly is her whole deal, I’m not gonna do it — ’cause hey, spoilers, dude! Instead, I’m going to do my part to make the wait for the announcement of a second season of Chainsaw Man more tolerable by recommending some anime that’ll scratch that nagging itch for more gore-heavy hyper-violence, adolescent vulgarity, simmering sexual tension, and crushing existential ennui. Why? Because it’s fun, that’s why — anime is fun!

Here are five of the most brazenly fucked-up and unabashedly weird anime you should watch if you enjoyed Chainsaw Man.

As we’ve pointed out in the past, Chainsaw Man creator Tatsuki Fujimoto has cited the Kizumonogatari trilogy — in particular the finale, Kizumonogatari Part 3: Reiketsu — as an inspiration and influence on the series. Likewise, several animators on MAPPA’s 2022 anime adaptation of Chainsaw Man previously worked on the Kizumonogatari films, including key animator Atori Ozawa, episode director Hironori Tanaka, and chief animation director Tsutomu Matsūra.

The premise of Kizumonogatari is just as batshit as Chainsaw Man’s, if not more. The films follow Koyomi Araragi, a high school student who inadvertently stumbles across an immortal yet mortally wounded vampire by the name of (*deep breath*) Kiss-Shot Acerola-Orion Heart-Under-Blade. After being sired by Kiss-Shot, Koyomi is forced to battle against a group of vampire hunters for possession of her lost body parts while protecting his sort-of girlfriend Tsubasa Hanekawa. It’s a hyper-violent, hyper-horny, avant-garde horror-action anime that’s as gorgeous to look at as it is inscrutable at times to make sense of. If you check out only one of the anime on this list, make Kizumonogatari that anime.

The Kizumonogatari trilogy is available to rent on Prime Video.

If you enjoyed Chainsaw Man, you owe it to yourself to check out Dorohedoro — MAPPA’s other dark sci-fi action series based on a cult favorite manga. Set in the Hole, a postapocalyptic favela-like human city polluted by magic-wielding sorcerers, the series follows Caiman, a man whose head was transformed into that of a reptile with no memory of his past following an attack by an unknown sorcerer. With the aid of Nikaido, the owner of a nearby gyoza restaurant who found Caiman’s unconscious body and took him in, Caiman battles against and kills sorcerers wherever they turn up as he searches for the one responsible for transforming him in hopes of a cure. Oh, and did I mention he does this by biting down on their faces, wherein a mysterious entity at the back of his throat judges whether or not the sorcerer in question is the one responsible? Thankfully, it only gets weirder from there. Dorohedoro is an exceptional adaptation of a much-loved manga and a series equal to MAPPA’s Chainsaw Man adaptation as a project born out of artistic passion and unfettered imagination.

Dorohedoro is available to stream on Netflix.

Based on Hitoshi Iwaaki’s 1988 sci-fi horror manga, this 2014 anime directed by Kenichi Shimizu (who, fun fact, is credited as the animation director for the 1997 Canadian-American children’s action series Mummies Alive!) and produced by studio Madhouse follows Shinichi Izumi, an ordinary high school boy who wakes up one morning to find his right hand has been devoured and replaced by a shapeshifting alien parasite called Migi (Japanese for “right”). After learning humanity is steadily being infiltrated by an extraterrestrial race of shapeshifting parasites, Shinichi and Migi are forced to strike up a symbiotic relationship of mutual survival while fighting off other parasite-infected humans who seek to kill and devour them. Think 2018’s Venom by way of 1978’s Invasion of the Body Snatchers. Parasyte: The Maxim is both a fitting adaptation of a unique cult manga classic and a fascinating gross-out action anime in its own right.

Parasyte: The Maxim is available to stream on Crunchyroll and Hulu.

Advertisement
’s Denji, the boy with a chainsaw for a head, and Dorohedoro’s Caiman, the man with a reptilian head, but have you heard of No Guns Life’s Juzo Inui, the man with a gun for a head? Set in a dystopian future city populated by humans and cyborgs, the anime follows an amnesiac private detective with a giant functioning revolver for a head who prides himself on defending the downtrodden and never leaving a case unsolved.

When a mysterious young boy named Tetsurō arrives on his doorstep, begging for his assistance, Juzo chooses to help the boy escape from a cadre of superhuman assassins hired by an unscrupulous megacorporation for some dark and terrible purpose. It’s fairly boilerplate as far as sci-fi noir anime goes, but if you’re looking for a solid action drama about a weird-looking protagonist with a (figurative) heart of gold and (literal) nerves of steel, No Guns Life makes for a terrific watch.

No Guns Life is available to stream on Crunchyroll and Hulu.

You like psychosexual metaphors in your anime? Well, you’re gonna get that and then some with Gleipnir, the 2020 anime adaptation of Sun Takeda’s supernatural action manga directed by Kazuhiro Yoneda (Do It Yourself!!). The series follows Shūichi Kagaya, a talented albeit meek teenager with a dark secret: He has the ability to transform into a cute anthropomorphic animal creature. It’s basically one big obvious analog for puberty à la Naota’s “N.O.” condition in FLCL.

As bad as Naota’s predicament might’ve been, however, he never had to contend with a physically abusive, libidinous, and fiery-tempered classmate who literally climbs all up in his guts and pilots him like a gun-toting furry-mecha. Gleipnir taps into the same vein of puberty-exacerbated frustration and attendant hyper-violence as Chainsaw Man.

Gleipnir is available to stream on Crunchyroll.