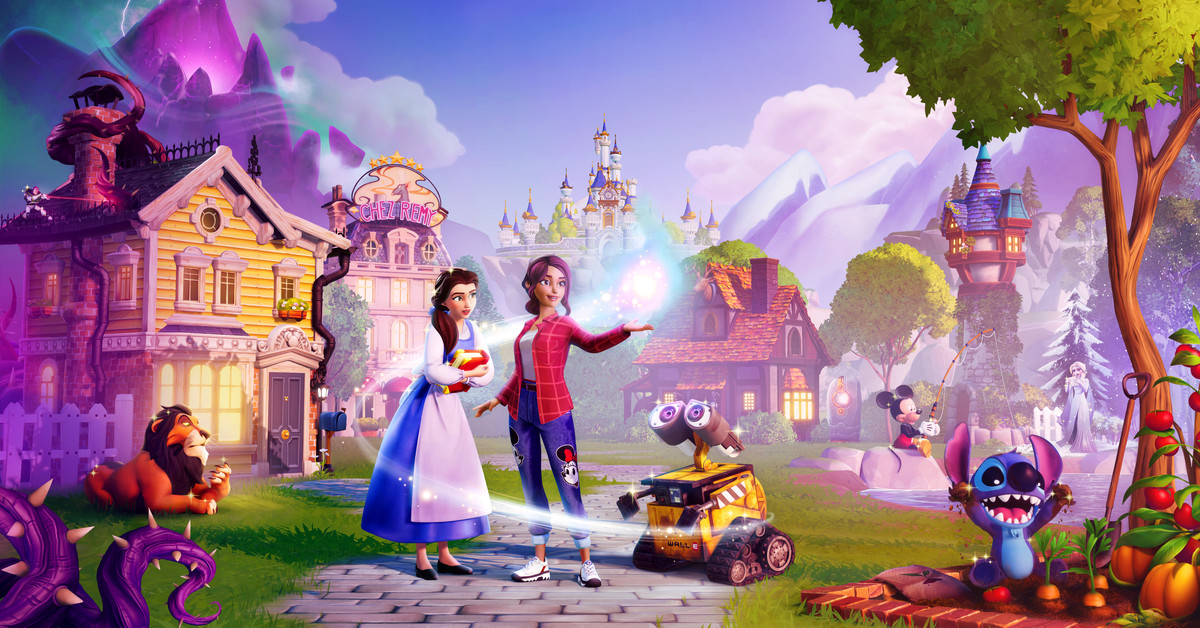 The game itself is still in early access, having been released nearly seven months ago now. Gameloft said that ahead of its next updates, Disney Dreamlight Valley continues to grow to its highest ever active player base, it said.

Beyond Mirabel and Olaf in the February update — which also extends the main story and explores the Frosted Heights biome — Gameloft has a new realm from The Lion King planned for April. Simba will join Scar in Dreamlight Valley, bringing another massive mammal into play — though this one surely won’t be looking to eat Remy. Beyond April, there’s another update scheduled for early summer, but Gameloft said it isn’t ready to share details; all we know is that the main story will continue again, and players will finally learn who’s living in the game’s mysterious pumpkin.

“It’ll be a huge step forward with the main story, everything coming together as to what’s behind the Forgottening,” Disney Dreamlight Valley lead producer Manea Castet told WM Leader.

Elsewhere in 2023, Disney Dreamlight Valley will continue to expand with more characters (like Belle!), realms, clothes, and decorations, but also add one highly anticipated feature: multiplayer. Details on what multiplayer means for the game are slim, however. Gameloft will continue its battle pass-like Star Path, which rewards players for keeping up with the game. These have been themed so far, and 2023’s are no different — the Star Paths in February and April will be themed around Disney’s 100th anniversary and the Disney theme parks, respectively.

The main story of Disney Dreamlight Valley is original content, and the developer can create its own world, something not explicitly tied to any one franchise. “We get to tell our own stories, where we get to show this metaphor of growing up and finding our inner child,” Castet said. “[The world itself] is the best way to do it, to tell our own stories.” He said that throughout the game’s Act 1, players will understand what’s happening in the valley.

Each character expands on that main story a bit, weaving in their own. Olaf will be a huge part of the main story, Castet said. He said Olaf’s quests are some of the best they’ve designed yet. Castet didn’t go into detail on those quests, but stressed that Gameloft is looking to player feedback to fine tune its new storylines. One example that Castet pointed to is The Lion King

Advertisement
’s Scar, which takes the player into a previously hidden area of the valley, the underground mine. “That’s the stuff we want to continue to be doing in the next upd ate, exploring new areas of the valley and not just having the existing area as the playground.”
Advertisement

Mirabel, from Encanto, is more of an “onboarding” character, he said. “You don’t have to play a lot of hours to meet Mirabel and have fun with her,” Castet said. “She’s going to bring her own version of Casita” to the game — “mini Casita,” as Castet called it.

February also brings the new Star Path celebrating Disney’s 100th anniversary — Castet said the assets are some of the “most beautiful” the team has made, following the artistic direction of the whole Disney 100 celebration. There’s also a new pet, new furniture, and new items that are directly related to the event.

April’s update is the one with Simba, joining The Lion King’s Scar. Scar entered the game without his own realm, so Simba’s The Lion King realm is the first from the franchise. Castet said there are tons of references to the movie, but the realm will have its own storytelling, too. There’s something different about the atmosphere these bigger animals give to Disney Dreamlight Valley; it was immediately felt with Scar, and Castet said it’s similar with Simba, too.

It’s also the update that adds the Disney theme parks Star Path — “We can already imagine how cool it can be to customize your valley so it can look a little like a park,” Castet said. You can’t fully change your valley into a Disney theme park, but you’ll be able to decorate it with things from the parks.

Disney Dreamlight Valley is an early access game — and a very polished one at that — but that doesn’t mean the game is without its problems. It had some major bugs when it launched, and it’s slowly improved since then; it’s in a much better state kicking off 2023.

Since launch, Gameloft has looked to the game’s players to prioritize content updates and feature fixes. “For each update, around 50% of the update is community-driven,” Castet said. “There are some big requests from the community that are highlighted, and that ups the priority for us.” The February update is a big example of this, Castet said: There are a ton of quality-of-life changes coming, like an improved storage system.

Anyone who’s played the game knows how badly the storage system needs to be improved. You store things in chests in your house, and the systems are clunky. Items don’t stack automatically, and you have to run from chest to chest to access what’s in each individual one. If you’re like me, you don’t know what’s in each chest, and finding what you need is a frustrating exercise. Not to mention the massive fleet of chests that line the perimeter of my house — they’re all the same!

To address these issues, Gameloft is adding several types of chests, so there are more options, as well as auto-sorting and auto-select tools for better and easier organization. Castet said Gameloft will also add a panel so you can see what’s in the chest before opening it, too. The second quality-of-life change Castet outlined is more customization in the valley, particularly with the exterior of players’ houses.