I’ve experienced this effect before, most recently when playing Tony Hawk’s Pro Skater 1 and 2. I didn’t think these games looked like murky, blocky messes when I originally played them, because they looked similar to every other game on the market at the time. Diablo 2: Resurrected also looks similar to other hack n’ slash games available today, so my 2021 brain just accepted things at face value. Yep, this is the game I loved back in the day. I have no idea why they’re expecting me to pay for it again.

Which is the entire point, actually. Everything about the game’s graphics has been updated and improved, without touching the soul of the experience itself. When done correctly, that sort of rerelease always feels like a magic trick.

Not how it was, but how you remembered it

I’ve been playing the technical alpha of Diablo 2: Resurrected to get a sense of how the game is coming along, and what I’ve seen after only a few hours makes me hopeful for the full release.

Diablo 2: Resurrected is another one of those Blizzard games in which the remaster is kept as close to the original as possible, while updating the look of the characters and environment. The game plays the way that I remembered it, and at first, I also thought it looked the same. Frankly, the whole thing felt like a bit of a rip-off.

But then I hit the button that lets me hot-swap from the updated graphics to the original, and my jaw dropped. The fact that Diablo 2 suddenly looks like a modern game released in 2021 isn’t a missed opportunity; it’s a gosh-danged miracle.

Diablo 2, in 2000 and in my memory, was a gritty, violent take on loot-based adventure games. In 2021, the original looks like something Minecraft

Advertisement
vomited up — a murky smear of pixels and jerky motion. 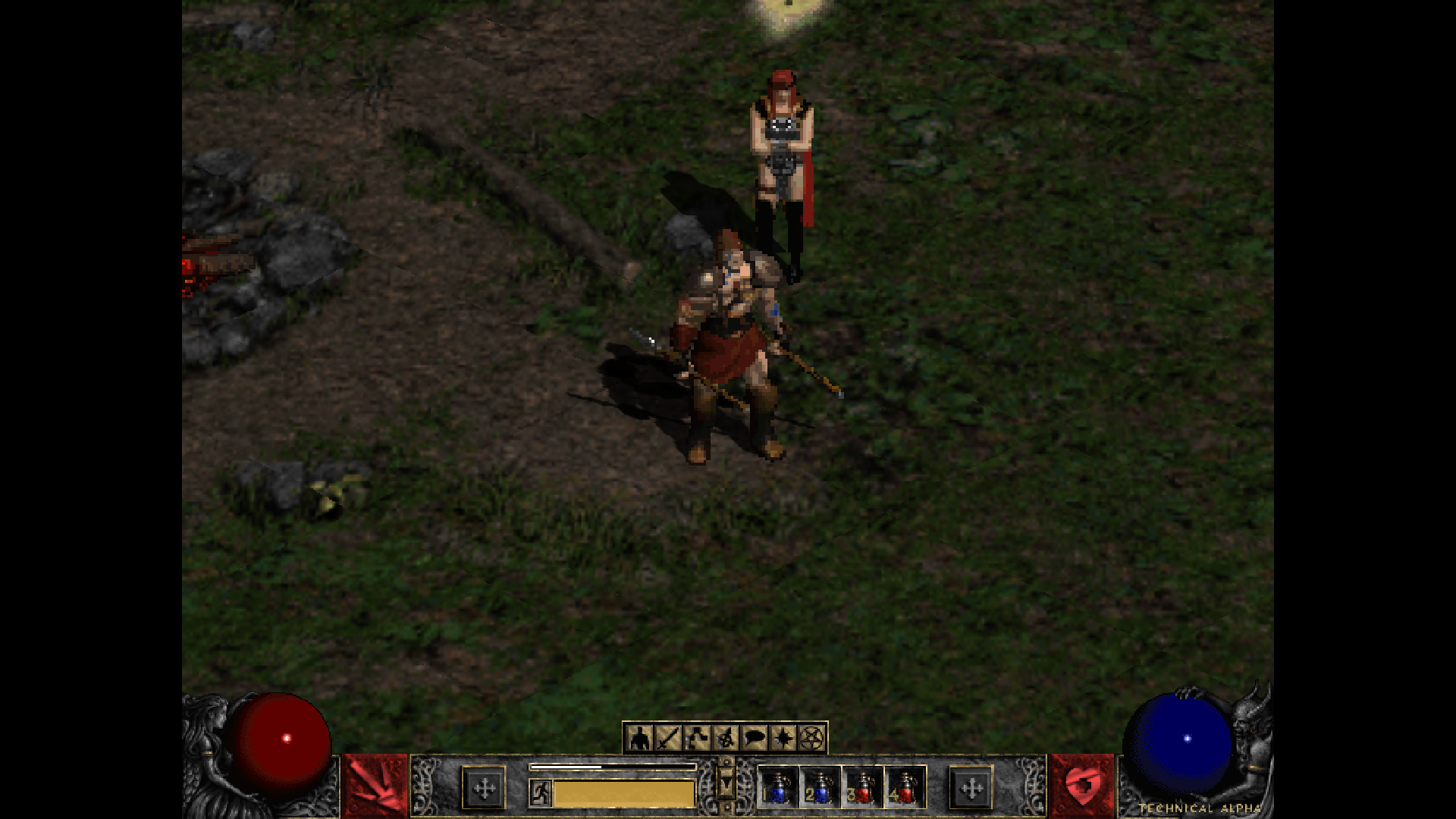 The other fascinating difference in Diablo 2: Resurrected is the number of frames in each animation. The walking cycle for the new take on the Barbarian class looks fluid and powerful. I would get out of the way if I saw that hulk lumbering toward me. The original animation is more of a jerky stutter step, almost making the character appear drunk. Is that really what it looked like back then? This is the game I spent untold hours playing?

“This isn’t a remake,” Rod Fergusson, executive producer of the Diablo franchise at Blizzard Entertainment, told The Madison Leader Gazette in a recent interview. “We’re not reverse-engineering it; we’re not rebuilding it and trying to make it look and sound like [Diablo 2]. This is [Diablo 2]. […] It’s right there, underneath the surface. The entire simulation, the engine for this game, that lifeblood of this game, is [Diablo 2] right underneath. So there’s a toggle switch, a legacy toggle, that when you press the button, you’ll see behind the curtains, and there is Diablo 2

Advertisement
in 2D sprites running right there, and you can play the way that you played 20 years ago.”

I’ve always appreciated Blizzard’s approach to its updated games: The creative team hews very closely to the original vision for how the game should play, while focusing on updating enough of the game’s style that it doesn’t look like it’s been in a time capsule for the past two decades. The jump from 2D sprites to 3D models is also an impressive upgrade in fidelity; matched with the new animation, each character looks much more alive than they did in the original game.

There are some very clever new quality-of-life updates in this version that we’ll get to in later stories after spending some more time with the game. But the work that has gone into Diablo 2: Resurrected made an immediate positive impression on me, even after only an hour or two. This isn’t the Diablo I played when I was a kid, but it’s in the same the spirit, and it feels like a warm blanket on a chilly night.

Blizzard hasn’t announced a specific release date for Diablo 2: Resurrected, but the game is coming to Nintendo Switch, PlayStation 4, PlayStation 5, Windows PC, Xbox One, and Xbox Series X. The alpha test was played on PC.