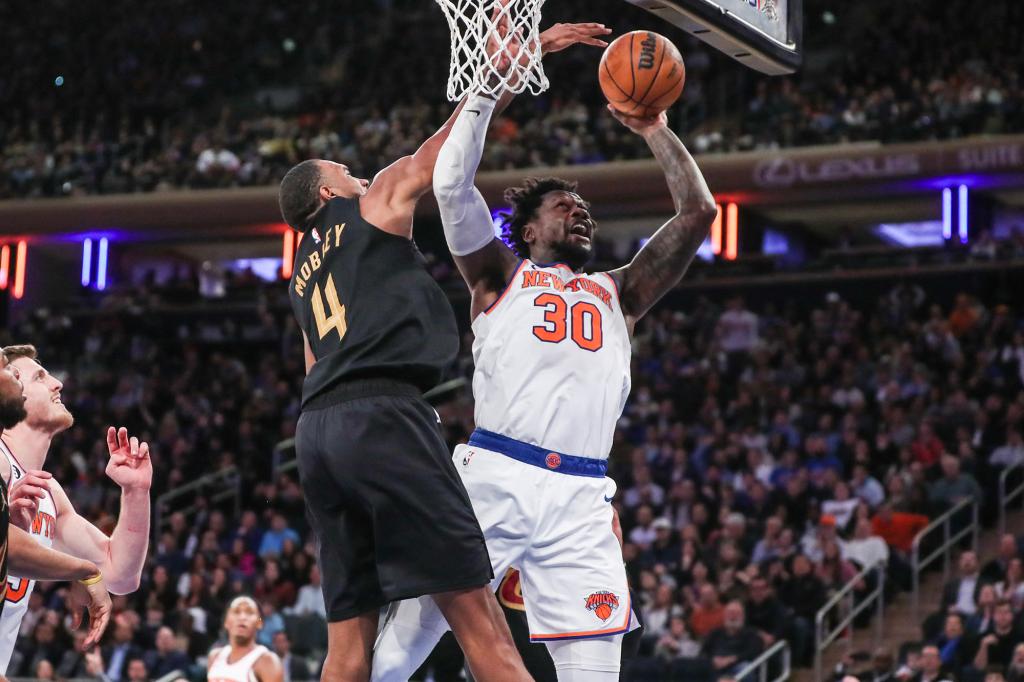 Don’t fault Julius Randle for any of the Knicks’ recent rebounding issues. He has been a monster on the glass of late.

His season average of 10.9 is a career-high, and is the ninth-highest in the NBA this year.

“His rebounding has gone through the roof,” coach Tom Thibodeau said. “We need him obviously to continue to do that. The last 20 games or so [have been] really, really strong.”

Randle brought down 13 boards Tuesday in the win over the Cavaliers. Over the last 25 games, he has registered double-digit rebounds 21 times, and has had at least 15 on 10 occasions.

Jalen Brunson is excited for the Knicks’ early February road trip, but not because there are sights he wants to see in Orlando and Philadelphia. During that trip, he will have his No. 1 jersey retired by Villanova at halftime of its Feb. 8 game against DePaul.

“It’s a really big honor,” said Brunson, who won two national championships at Villanova. “I didn’t go to Villanova thinking I would have my jersey retired. I just went there to be a part of something special and try to help another team win. The fact that I get this opportunity, it’s really special.

There is an outside shot that LeBron James will surpass Kareem Abdul-Jabbar as the all-time leading scorer in NBA history when the Lakers visit the Garden this coming Tuesday, but it would take an incredible scoring binge for him to get there.

He would need to average 44.5 points over the next four games to set the record at MSG. He is currently 178 points shy of Abdul-Jabbar’s 38,387. James is averaging 35 points per game this month and is coming off a 46-point effort in a loss to the Clippers on Tuesday night.

The Knicks caught a break Tuesday night, according to the NBA. In the league’s Last Two Minute Report, a foul should’ve been called on Isaiah Hartenstein on Cavaliers guard Donovan Mitchell’s drive to the rim in the final seconds. The Knicks won by two. The NBA also ruled that the officials missed a foul on RJ Barrett against Mitchell with under a minute left.

The Celtics will be without guard Marcus Smart (ankle) on Thursday. Evan Fournier (personal) will remain out for the Knicks.