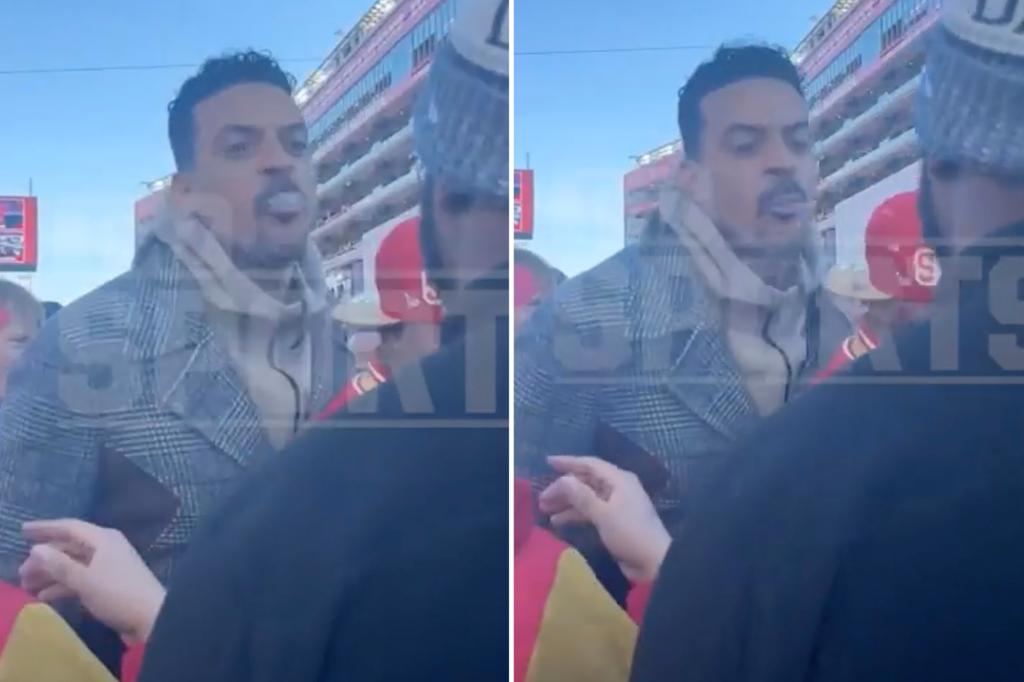 Former NBA journeyman Matt Barnes spit on his fiancée’s ex-husband at the 49ers-Cowboys playoff on Sunday.

Video published by TMZ shows Barnes approaching David Patterson Jr. shortly before kickoff, spitting on him and getting in his face. The men were separated.

In court documents, Barnes said that Patterson was the aggressor.

TMZ further reported that Barnes filed for a temporary restraining order in Los Angeles County on Tuesday, claiming that Patterson “hunted me down and aggressively confronted me.”

Barnes said that the man yelled curse words at him incited the crowd around them “into a frenzy by yelling out my full name repeatedly.”

Barnes, 42, also alleged that Patterson “shoved me, and I was forced to push him off of me.”

“I did not want the altercation to physically escalate further, and out of frustration with him seeking me out and his unrelenting repeated harassment I spit in his direction in disgust,” Barnes said.

He added a claim that Patterson “is jealous of my relationship with his ex-wife,” and said that Patterson, a former defensive tackle at Ohio State, threatened to shoot him last year.

Police told TMZ they are investigating Barnes for alleged battery.

In October, Patterson’s fiancée, Melisa Andino, filed a restraining order against Barnes, accusing him of mistreating the three kids shared by Patterson and Sims, according to The Blast.

Barnes played in the NBA from 2004-17, and is currently the co-host of Showtime’s “All the Smoke” podcast alongside Stephen Jackson.