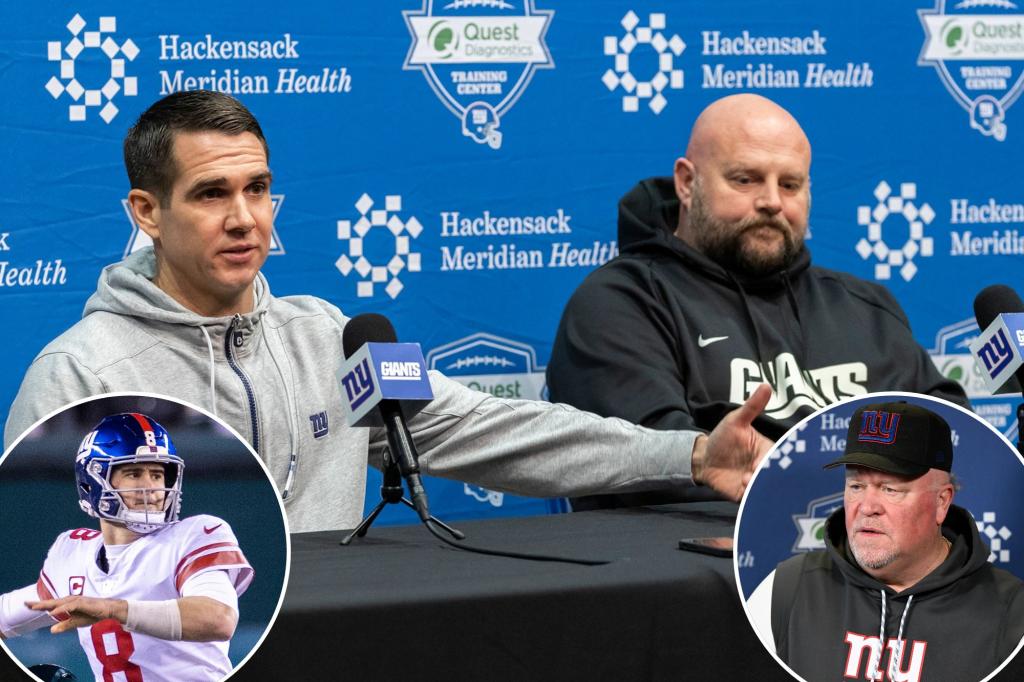 The 1980 Ray Perkins Giants finished in fifth and last place in the NFC East with a 4-12 record. But the 9-7 1981 Ray Perkins Giants ended an 18-year playoff drought and beat the defending NFC champion Eagles in a wild-card game.

It helped that general manager George Young was lucky enough to use the second-overall pick in the 1981 NFL Draft on one Lawrence Taylor.

The Joe Schoen Giants have a large talent gap to close with the Eagles (and 49ers and Cowboys), and LT ain’t walking through the Big Blue door.

But it isn’t any more of an Impossible Dream than the 2022 Giants reaching the playoffs with a new regime after reaching Rock Bottom in 2021. Not in this wacky week-to-week, year-to-year NFL. Ask the Trevor Lawrence Jaguars. And ask all the teams that can empathize with Humpty Dumpty and his great fall: Ask the Sean McVay Rams. Ask the Aaron Rodgers Packers. Ask the Kliff Kingsbury Cardinals. Ask the Mike Vrabel Titans.

So how do Joe Schoen and Brian Daboll close the gap?

It always starts with the quarterback. You either have one who can get you to a Super Bowl or you don’t. Daboll worked wonders with Daniel Jones but understands he is not Josh Allen, or Joe Burrow, or Patrick Mahomes, or Justin Herbert, or Lamar Jackson, or Jalen Hurts, or what Trevor Lawrence is destined to be — and sooner rather than later.

But look, Brock Purdy has the 49ers in the NFC Championship game. The lesson here is if you surround your quarterback with enough playmakers and protectors, you give him and yourself a chance.

Purdy undoubtedly feels like a kid in a candy store and one draft and one free agency won’t enable Jones to feel that way, of course. But the Giants will be paying him to take another leap forward toward Eli Manning’s Eliteville, N.J. residence in his second year in the Daboll system. The return of Wan’Dale Robinson and development of revelation Isaiah Hodgins and right tackle Evan Neal will help.

It is not lost on Schoen that the Eagles have thrown money and resources at the trenches on both sides of the ball, and he began following that model in his first draft (Kayvon Thibodeaux, Neal, offensive linemen in the third and fifth rounds and a defensive lineman in the fifth round). Yes, the Giants need an inside linebacker to help Dexter Lawrence and Leonard Williams (post pay cut) stop the run, but trench warfare is at a premium against the Eagles, Cowboys and Commanders as well.

Get Danny Dollars A Go-to-Guy

Schoen volunteering that there are No. 1 receivers at home right now dismisses the reality that Ja’Marr Chase (Bengals), A.J. Brown (Eagles) and Deebo Samuel (49ers) are still alive for a Super Bowl berth. Mahomes lost Tyreek Hill to the Dolphins but he’s Mahomes.

If the Giants were one player away, a trade for DeAndre Hopkins would make some sense, but he’ll be 31, and the Giants are not one player away. Stefon Diggs was 26 when Schoen’s former boss, Brandon Beane, traded for him.

The Giants draft 25th and could find a No. 1 receiver there (see Justin Jefferson, 22nd pick, 2020), or possibly with the 57th pick in the second round (see Brown, see Deebo). Schoen, who is committed to building through the draft rather than turning into a drunken sailor in free agency, has nine picks — four of the first 100.

Figure out a way to keep Saquon Barkley. He helps Jones the way that Christian McCaffrey helps Purdy. Jones called him the best back in the league.

“I appreciate that,” Barkley told The Post. “It’s a dope compliment when it comes out of a guy like that, when that comes out of his mouth. And (smile) … I agree with him a little bit.”

A Nod For Wink

Everyone in and around 1925 Giants Drive wants defensive coordinator Wink Martindale to capture that elusive head-coaching job and at the same time hopes and prays he’s back. Make him an offer he can’t refuse to stay if push comes to shove. And even if it doesn’t.

In the summer of 1999, following that devastating 1998 AFC Championship game loss in Denver, Bill Parcells’ Jets coaching staff wore t-shirts that read START OVER. It was a reminder that just because the 1998 Jets were so close to a Super Bowl, the 1999 team had accomplished nothing and should take nothing for granted. Vinny Testaverde would tear his Achilles in the opener and that was that.

Daboll masterfully energized and united the building and on Tuesday was named NFC Coach of the Year in the annual Committee of 101 national media Awards. Getting the buy-in from players strangulated in the grips of a suffocating Losing Syndrome was beyond John Mara’s wildest dreams.

So no, there are never any guarantees, especially nowadays in this NFL.

But Mara and Steve Tisch and Giants fans have every reason to believe that their franchise is in good hands. The 2023 NFC landscape shouldn’t scare anybody. If anyone can close the gap on the Eagles (and 49ers and Cowboys), believe that Schoen and Daboll can.