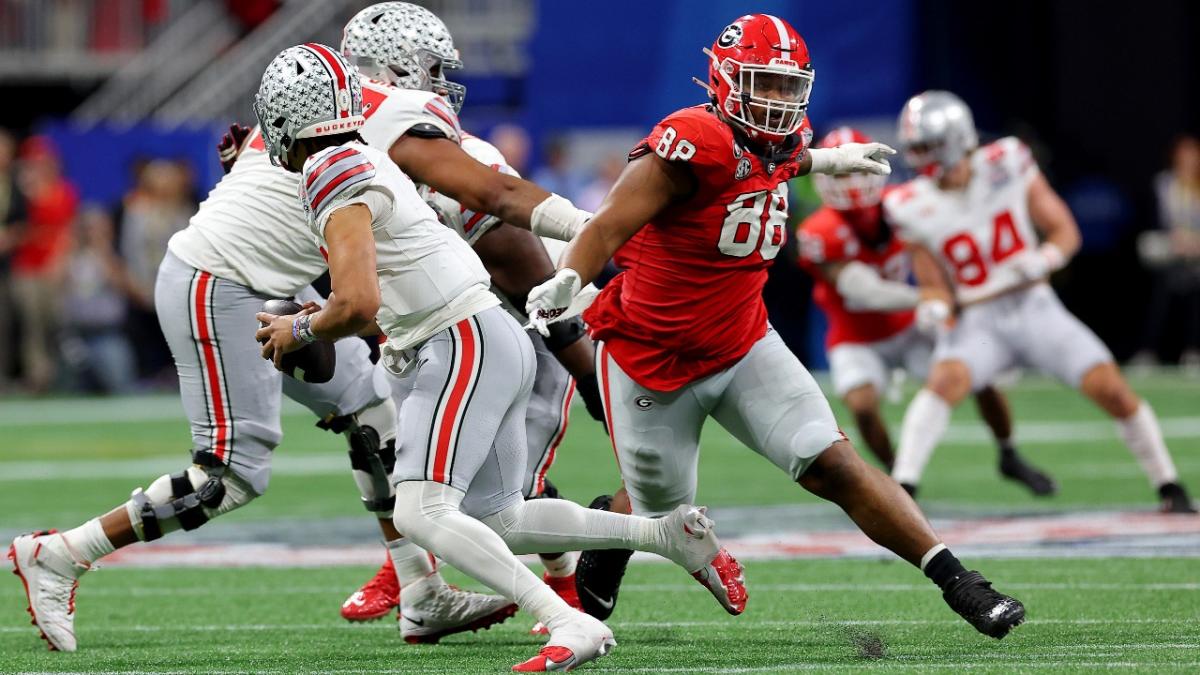 It’s the most wonderful time of the year: mock draft season.

Here’s his full analysis of the selection:

“I thought long and hard about a trade here, with the Colts, Raiders and Panthers as the top candidates to move up for a quarterback. And if I’m Chicago general manager Ryan Poles and I can move down a few spots, add premium picks and still get my choice of the best defensive prospects, I’d make a deal. It takes two teams to make a trade, however, and that’s never a guarantee. For now, let’s stick with the Bears keeping this pick.

“Chicago’s roster needs help from top to bottom, but its defense was particularly dreadful in 2022, ranking last in the league in sacks (20) and points allowed per game (27.2). It has to be D all the way for wherever the Bears make their selection. Carter, an explosive interior pass-rusher and run-stuffer, gets the nod over Alabama edge rusher Will Anderson Jr. on my Big Board. He’s the best player in this draft, a Day 1 starter in the middle of this defense.”

Carter was also the first pick to Chicago in recent mocks from NFL.com’s Daniel Jeremiah and Sports Illustrated’s Albert Breer.

Carter would be a monster addition to the Bears’ defensive line — literally and figuratively. Standing at 6-foot-3 and 300 pounds, the Georgia product is a consensus top-five pick.

There are still over three months until draft day, with the scouting combine, pro days and individual team workouts and meetings to be held in the coming months. But it’s still intriguing to see what the Bears could do with the No. 1 pick.