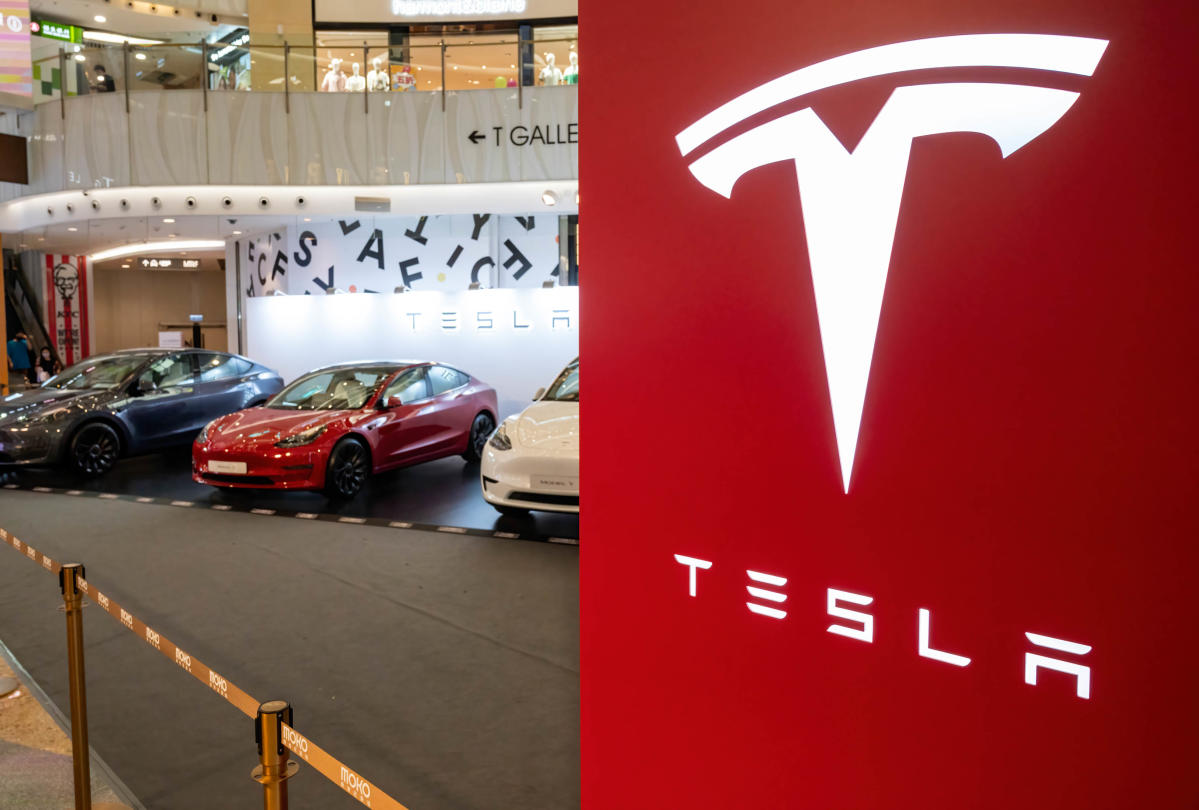 Tesla stock is trading slightly higher in after hours following the EV maker reporting a Q4 earnings revenue and profit beat. In addition, the company announced its Cybertruck is on track for production later this year.

For the quarter, Tesla (TSLA) reported:

That revenue represents another record high for Tesla, up over $2 billion sequentially from Q3 and nearly $7 billion from a year ago.

On the profitability end, Tesla is reporting adjusted net income of $4.1 billion, nearly $400 million more than Q3 and over $1.3 billion more than a year ago. Tesla said it has “sufficient liquidity” to fund its product roadmap and capacity expansion plans.

CEO Elon Musk addressed demand concerns from investors on the call, stating recent price cuts of boosted demand considerably. “Thus far in January we have seen the strongest orders year to date ever in our history,” Musk said.

Tesla said it can maintain margins despite falling ASPs (average selling price) as it has proven over the years, through the use of “lower cost models, buildout of localized, more efficient factories, vehicle cost reduction and operating leverage.” CFO Zack Kirkhorn said on the call that Tesla expects to maintain 20% automotive gross margins despite recent price cuts, which would actually be considerably less than what Tesla reported in Q4.

Tesla kept its long-term delivery target of 50% CAGR (compound annual growth rate) despite deliveries missing the mark in recent quarters. “For 2023, we expect to remain ahead of the long-term 50% CAGR with around 1.8M cars for the year,” the company said in its quarterly update.

Tesla said its production and delivery challenges in 2022 were “largely concentrated in China,” but has been largely “running near full capacity for several months.” Tesla does not expect meaningful volume increases from Giga Shanghai in the near term.

Tesla also revealed that the Cybertruck is on track to begin production later this year, and that its next-gen platform is under development, with more details coming at its investor day on March 1. As for Cybertruck, Musk noted “Cybertruck will not be a significant contributor to the bottom line, but it will be next year.” Musk clarified that Cybertruck production would begin this summer, but volume production would be coming in 2024.

Read the latest financial and business news from Yahoo Finance

Download the Yahoo Finance app for Apple or Android