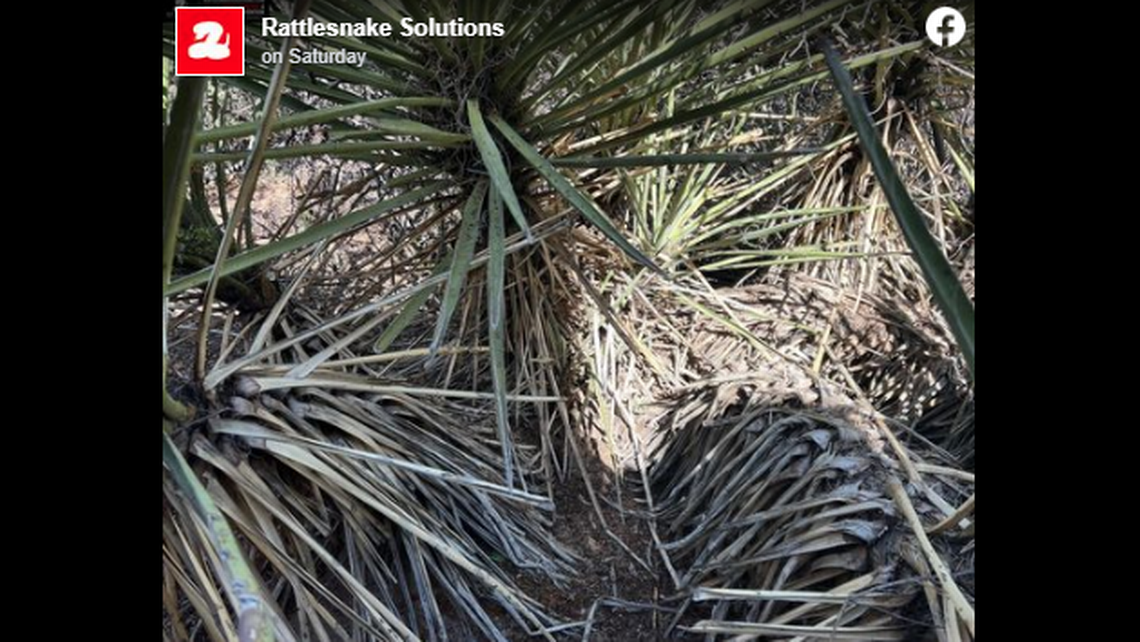 A large rattlesnake is giving people the willies on social media, after a photo revealed it was nearly impossible to find — even in broad daylight.

The image was shared Jan. 21 on Facebook by Rattlesnake Solutions, the snake-catching service summoned to remove the venomous predator.

“This was found in a Scottsdale backyard,” the company wrote. “A western diamondback rattlesnake hiding in plain sight with that awesome generalist camo.”

It turned out the snake was so difficult to see alongside Mojave yucca plants that the company later shared a closeup, showing the snake was sitting almost dead center.

Hundreds have reacted and commented on the photos, including people who admitted they “would have stepped on it.”

“Looks like I would’ve been bitten and dead because I couldn’t find it at all,” Jacqueline Jay wrote.

“This is why I don’t walk through heavy brush … and if I hear rustling down one path I take a different one,” Jennifer L. Humbert posted.

“Dang I’d get rid of this plant!” Jim McNiel said.

Western diamondbacks are “a heavy bodied snake” native of Arizona. Their name refers to “dark diamond-shaped patterns” that run along their back, according to the Arizona-Sonora Desert Museum. The venomous snakes grow as big as 7 feet in the state and can live 20 years, the museum says.

Rattlesnake Solutions captures rattlesnakes at homes and businesses and later releases them back into wilderness areas.

Rattlesnake mocked for eating so much, it couldn’t fit into its den on Arizona ranch