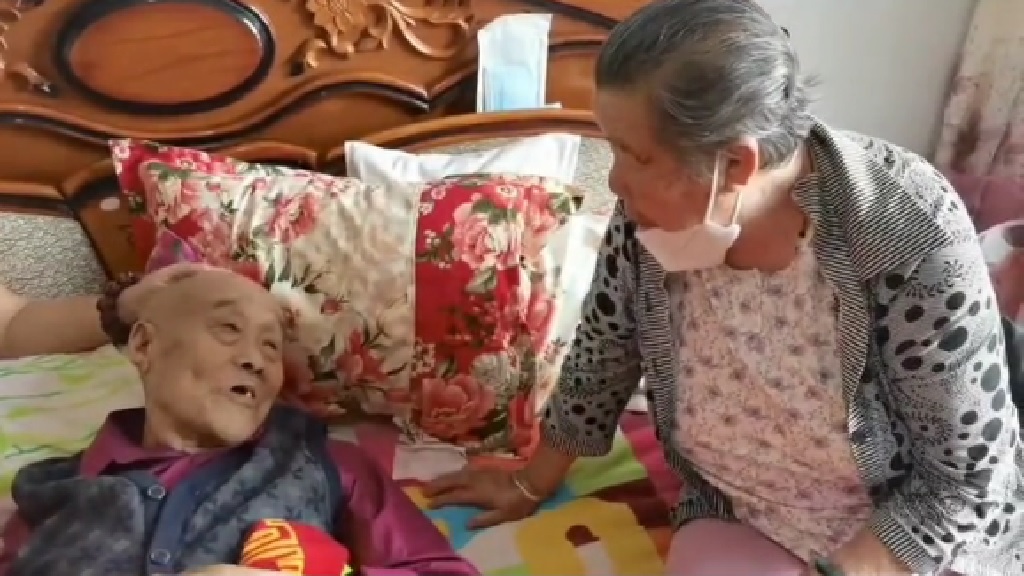 A tear-inducing video of an elderly man saying his final words to his wife of 64 years while on his deathbed has gone viral on Chinese social media.

The video, shared on Douyin by a relative with the username Xin Jing Jia You on Jan. 11, was reportedly filmed in the unnamed elderly couple’s home in Inner Mongolia, an autonomous region in northern China, in December 2022.

The senior reportedly died from an unknown illness the day after he said his final goodbye to his 83-year-old wife. His death occurred shortly after they celebrated their 64th wedding anniversary.

“Grandpa has gone after all. Grandma has been crying like a child ever since,” the relative wrote in the Douyin post, according to the South China Morning Post. “He left her reluctantly one day after their 64th wedding anniversary. He left the girl whom he has cherished and taken care of his whole life.”

More from NextShark: US insists it does not support Taiwan independence after fact sheet change angers Beijing

The now-viral video shows the man on his deathbed holding his wife’s hand while their son sits beside him.

More from NextShark: BTS’ Jin goes viral as ‘cute candle guy’ for his reaction to his blooming flower birthday candle

During his final goodbye to his wife, the man advises her not to compromise if their daughter-in-law or grandsons make her unhappy, to which the person filming the moment tells the woman, “Promise him, Grandma.”

As the man’s wife cries while sitting beside her dying husband, she wipes her tears and tells him, “I hate you. Why will you leave me alone in such a hurry?”

Emotions continue pouring out as the man reaches out to comfort her.

“Don’t cry. I don’t want to leave you but it’s not my choice,” he tells his wife. “It’s amazing that we’ve been a couple for so many years. Think of your two younger sisters. Their husbands both died when they were in their 50s and 60s.”

Many Douyin users were touched by the undying love of the elderly couple in the video, which has now been viewed over 32 million times.

“I cried each time I saw this video,” a Douyin user commented, according to the South China Morning Post. “The grandpa didn’t mention the word love once, but his sentences were full of love. The grandpa was worried about the grandma living without him, while the grandma couldn’t bear to see him leave.”

“He left the world peacefully and with dignity. He didn’t have numerous tubes inserted into his body, like those old-aged patients with serious diseases. He still had a lucid mind and even comforted his wife,” another user wrote. “This old man has my blessings!”