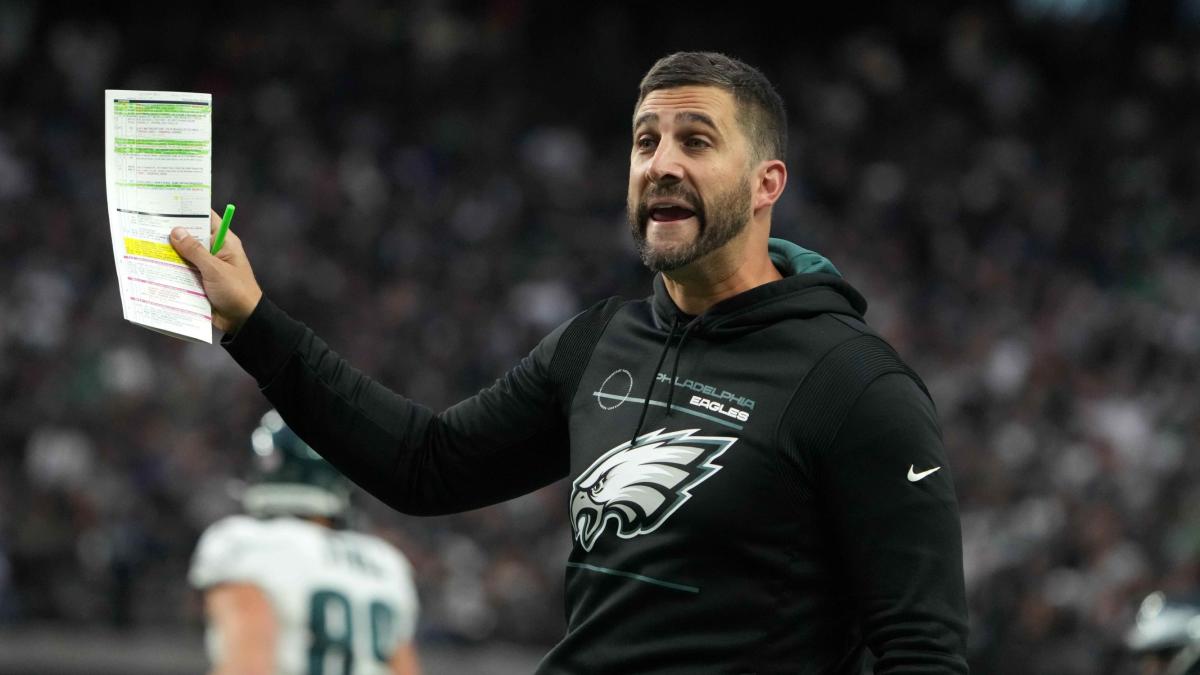 The Associated Press announced Wednesday the three candidates for NFL Coach of the Year.

Eagles head coach Nick Sirianni is not one of them.

It’s an absurd, surprising disrespect to the man who led the Eagles to the best record in the league in just his second year on the job while turning a question mark QB into an MVP candidate.

As you might imagine, Eagles fans are not appreciating the decision:

Hard to blame Birds fans for the ire.

The Eagles’ projected win total from oddsmakers before the season began was 9.5, and they beat it by 4.5 wins. Sirianni engineered an entire offense around Jalen Hurts, an offense that became one of the NFL’s most prolific units. He helped the Eagles navigate numerous injuries to key players. And two years in, he’s 23-11 as a head coach. Sirianni has been a revelation.

Shanahan did an incredible job despite numerous injuries and got the most out of Brock Purdy, but I’m not sure “ask your GM to trade for Christian McCaffrey” is a coaching stroke of genius – nor is “have your all-world defensive coordinator pilot a once-in-a-generation defense”. He’s a very good coach, but it’s a push for me.

The Giants were projected before the season began to win 7.5 games by oddsmakers, and they won 9. Getting to the postseason is great, and was probably a year ahead of schedule, but it wasn’t some otherworldly lift. Daboll seems to have established a strong culture in his first year in New York, but he got pantsed last week by the Eagles. I’d take Sirianni 10 times out of 10.

Doug turned around the most toxic organization in the NFL in one season and lifted the Jaguars into the postseason, albeit thanks in large part to the worst division in the sport. He also helped correct myriad first-year mistakes from Trevor Lawrence. He absolutely deserves to be here, even if I think Sirianni is just as good a coach.

But hey, it’s not a problem. Eagles head coach Doug Pederson was snubbed for the same award in the winter of 2018 after leading the Birds to a No. 1 seed. We all saw what happened just a few weeks later.