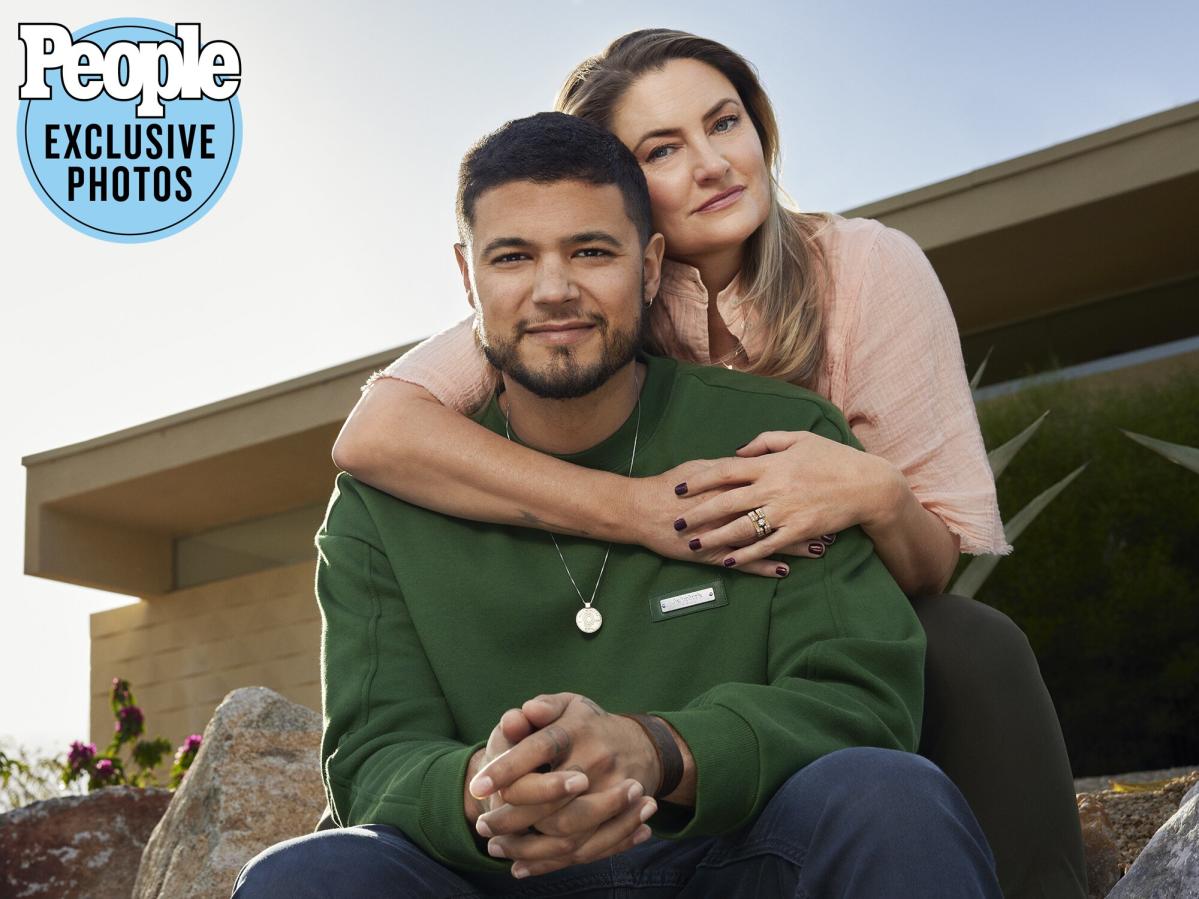 Actress Mädchen Amick’s son Sly Alexis grew up running track and field races coached by his dad, David Alexis, 60, all while getting good grades in school.

“He was a normal kid and got along great with teachers and coaches,” Amick, 52, tells PEOPLE exclusively from her Los Angeles area home.

But when Sly, now 30, went off to college in the fall of 2010 to UC Irvine, everything changed.

After witnessing the death of a schoolmate during his freshman year, Sly started acting unlike himself, and started having trouble with drugs and alcohol.

“There was a lot of delusional thinking,” Amick says of her son’s behavior. “There was a lot of talk about things that just didn’t make sense, and also, he would admit things like it seemed like the phone was listening to him and the TV was watching him and very paranoid thoughts and feelings. Then just waves into mania, which would give him this larger-than-life personality.”

Things got so bad in Nov. 2011 during Sly’s sophomore year that his roommates called Amick to say he’d left home without his cell phone or wallet and they were concerned.

“All of a sudden, the world just got pulled out from underneath him,” the Riverdale star says. “We got together as a family and we drove down from Los Angeles to the streets of Irvine to just try to find him. It took hours, but we finally did. He was just walking down the street just really, really out of it.”

After the couple’s daughter, Mina Tobias, 29, who at the time was studying to become a therapist, texted her mom that she felt something was “really wrong,” and the family went straight to the hospital for answers.

“I tried to explain to the emergency staff what was going on, and they just kind of looked at him like another kid doing drugs,” Amick says. “But they took him in overnight and they basically said, ‘He just seems like he’s got an addiction issue. You’re going to have to tackle that as a family.’ They discharged him a few hours later, and we took him home.”

The family knew this was more than an addiction issue and spent the next several months in and out of hospitals and treatment centers, but it didn’t help.

After Sly called his mother one night thinking he was dying, Amick headed to Irvine to find him in an awful state, convulsing on the floor after using drugs. He was also experiencing psychosis. “It was traumatic for him, for us.”

She finally got him to a proper psychiatric hospital in 2012 that evaluated Sly and diagnosed him with Bipolar 1.

“That’s when they said, ‘This is not an addiction issue, this is a mental health issue,'” Amick explains. “As scary as that was, it actually became a relief because now it had a name and there was some pathway to try to figure out what to do about it.”

“There have been several times it felt like he wouldn’t make it and we were called to the hospital [for alcohol poisoning] to basically say goodbye,” his father says. “But he always fought to live and pulled through.”

According to Chicago-based psychiatrist Dr. Eric Schieber, there are two types of Bipolar Disorder [also known as Manic Depressive Disorder] and it can effect up to as many as eight to ten million Americans.

RELATED:  Cole Sprouse Says Riverdale Cast Is Ready for Show to End: ‘Wrap It Up with a Bow’

“One of the primary things that’s noticeable is mood swings in an individual who actually meets the criteria for a bipolar disorder,” Dr. Schieber tells PEOPLE. “The mood swings can be significant and on the depressive side, it can constitute a major depression. On the opposite, the manic side, it can be a full blown manic episode.”

With the help of a proper facility who crafted a treatment plan of mental health therapy and medication, Sly was able to stabilize his mood. He got back on his feet in the summer of 2012 and enrolled in a local community college where he took an interest in the arts and music.

Sly destabilized again in the spring of 2021, but this time, Amick was much more equipped to handle things.

Now 19 months sober, Sly has been able to stabilize his mood again and is thriving as he studies to become a Behavioral Health Technician so he can help others with mental health issues.

“I’m on the other side of things now,” Sly says. “I used to be the patient and now I’m the caretaker. If I’m sober, I’m able to stay out of any sort of instability.”

Amick and her family are holding up their promise to change things for others with their non-profit Don’t Mind Me, an inclusive mental health foundation that helps people navigate the mental health care system if they cannot afford care.

“As a foundation, we are starting our first scholarship program,” Amick says. “We’re super proud to be able to support a treatment center that actually finally worked 10 years later.”