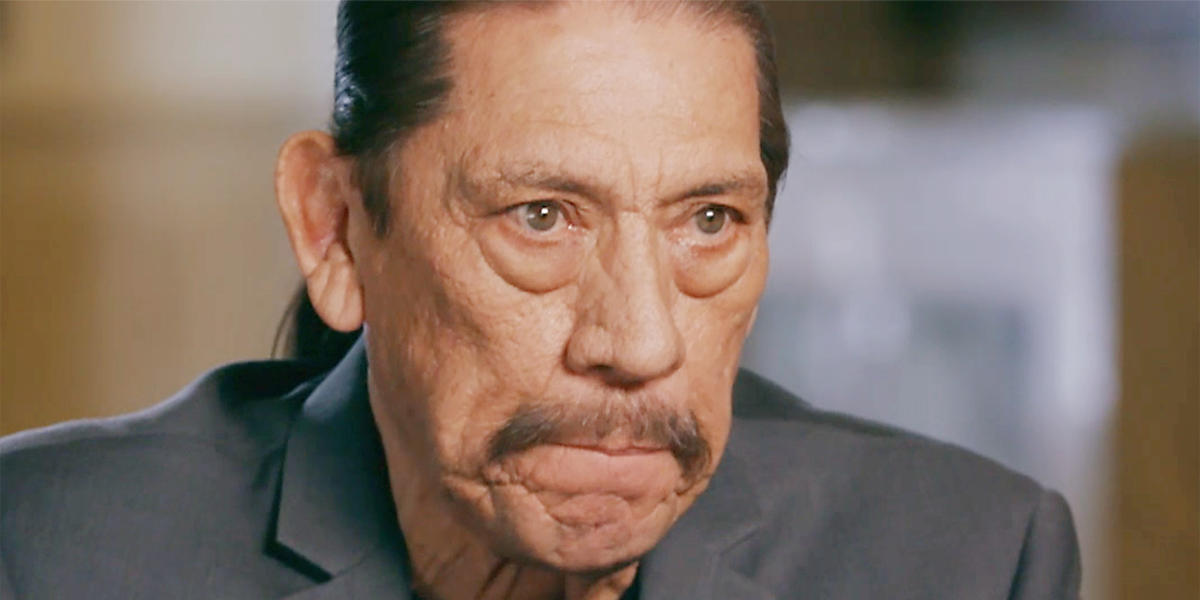 Actor Danny Trejo grew up without a mother for most of his childhood, so he never knew much about her side of the family. And what he knew of his father’s side of the family didn’t give him much hope for his future.

So when the actor made a surprising discovery about his family’s ancestry during the Jan. 23 episode of PBS’ “Finding Your Roots,” he couldn’t help but wonder how it might have affected the trajectory of his life.

Speaking to host Henry Louis Gates Jr., the 78-year-old says he was raised in Los Angeles surrounded by what he describes as toxic machismo. As a kid, he felt like his career options were pretty limited.

“The biggest problem that I had growing up was that in my family, all the men did kind of construction work and they were always complaining about their work. And they were always angry,” he tells the show’s host, Henry Louis Gates Jr.

The actor, who was never close to his father, instantly felt a kinship with one of his uncles.

“My uncle Gilbert, who was for lack of a better word a drug dealer, he never complained so I kind of gravitated towards that,” Trejo says.

By the age of 7, the future actor was dealing drugs. By 12, he was using heroin and committing robberies as a member of a gang. Gilbert died young and Trejo could’ve easily followed the same path if he had continued his life of crime.

But after a decade in and out of prison, he got sober and embarked on an acting career, thanks to an unlikely visit to a Hollywood set where he caught the eye of a casting agent.

Speaking to Gates, Trejo says he doesn’t know much about his family’s roots, aside from their origins in ancestors. With the help of Gates, he learns that his great grandfather Cirilo Garay moved to America in 1918 with his family.

Garay worked on a farm in Texas for low wages under harsh living conditions. Trejo says that he never knew this piece of family history and calls the revelation “heavy.” But Garay’s story continues: Two years later, Garay resettled in San Antonio, Texas and his wife died. By 1930, he had remarried and owned both a home and a grocery store.

Trejo says he feels “proud” to hear the news and takes a moment to express his gratitude to his ancestor.

“Thank you for giving us all a chance,” he says. “I know a lot of people that fell by the wayside just trying to get to California, so (our family) had a head start.”

But that’s not the biggest piece of family history that the actor discovers during his session with Gates.

Next, the actor learns about his mother’s side of the family and discovers that his maternal grandmother, Josefa Garcia, came to the U.S. from Mexico in 1904 and eventually became a citizen.

Josefa Garcia was born on a ranch in San José del Cabo, what is now a touristic beachside region in Mexico’s Baja California region. Her family ended up in the area after Trejo’s fourth great grandfather, Luciano Agundez, was granted a large amount of land — 4,337 acres, to be precise. Agundez started his own ranch. “He was a serious landowner,” Gates says.

Hearing the news of his family’s landowning past brings the actor joy.

“I’m just overwhelmed. You have to understand, growing up, I had three alternatives. I could either be a laborer or a gangster or an informant,” he says. “So to learn this, I honestly believe that I think this history could’ve changed my whole family’s life.”

Trejo, who has always loved Cabo as a vacation spot, can’t help but marvel at the fact that he’s always had ancestors from the location. “Just knowing when I went down to Cabo San Lucas, my family owned some of that land …” he says.

Reflecting on his “Finding Your Roots” experience, the 78-year-old says he feels pride.

“I think it’s shined a light on who I am on, where I come from and who I come from,” he says. “I’m really proud of the whole deal.”

This article was originally published on TODAY.com