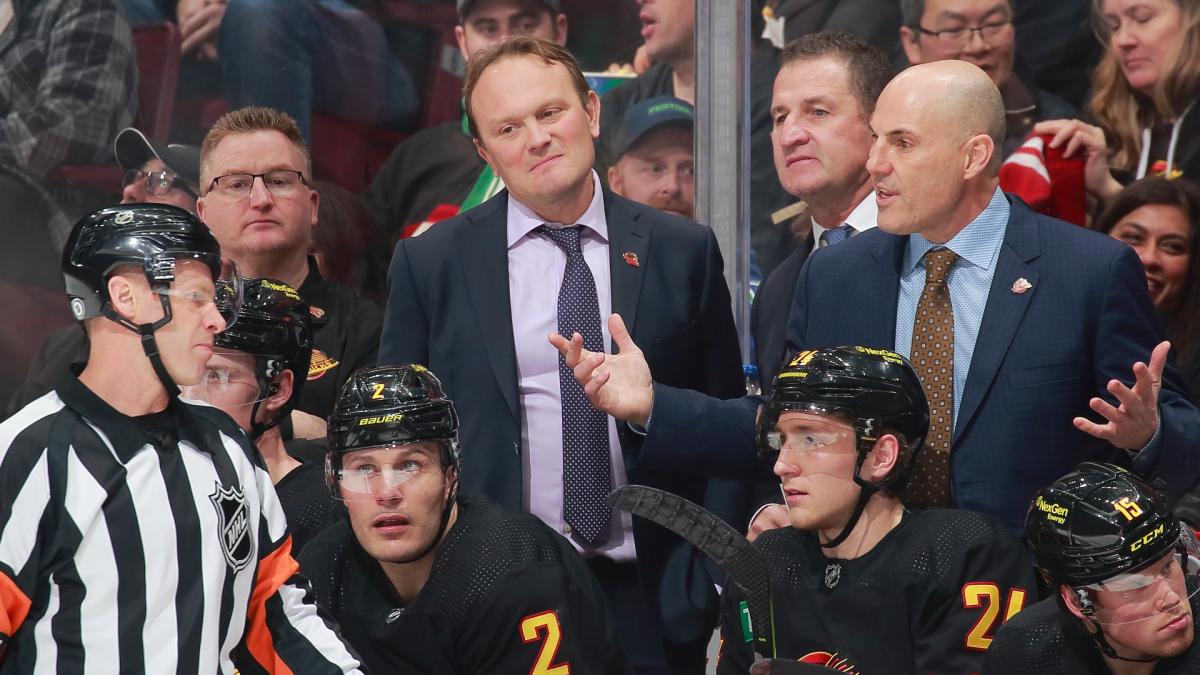 It’s been an ugly few weeks for the Vancouver Canucks, and fans are not letting the team off the hook just yet, even as they usher in a new era.

Following a front office soap opera that culminated in the overdue firing of head coach Bruce Boudreau, the Canucks took on the Chicago Blackhawks with new bench boss Rick Tocchet at Rogers Arena on Tuesday.

Canucks fans welcomed Tocchet to his new home with boos, perhaps directed more towards the front office and their mismanagement of the coaching situation than the 58-year-old’s arrival.

The sour reaction did not end there, though, with a fan throwing a jersey onto the ice, only three minutes into the game and the score still tied at 0-0.

Vancouver entered the first intermission down a goal after Patrick Kane scored his ninth of the season with just over two minutes left in the period.

Tocchet was announced as the 21st head coach in franchise history on Sunday, hours after the team parted ways with veteran Boudreau, who had filled in behind the bench in December 2021 after taking over for Travis Green.

Through 46 games, Boudreau and the Canucks limped to a 18-25-3 record, and are sitting in sixth place in the Pacific Division, 20 points out of a wild card spot.

Tocchet last coached in the NHL with the Arizona Coyotes between 2017 and 2021, going 125-131-34 and making the Stanley Cup playoffs only once. He also spent two years coaching the Tampa Bay Lightning between 2008 and 2010, and spent time as an assistant coach with the Colorado Avalanche and Pittsburgh Penguins, where he won back-to-back championships in 2016 and 2017.

As a player, the Scarborough, ON., native appeared in 1,144 career NHL games spanning over 18 seasons, scoring 440 goals, registering 952 points and accumulating 2,970 penalty minutes. The four-time All-Star won the Stanley Cup with the Penguins in 1992.

Prior to accepting the Canucks job, Tocchet was working as an analyst with the NHL on TNT.