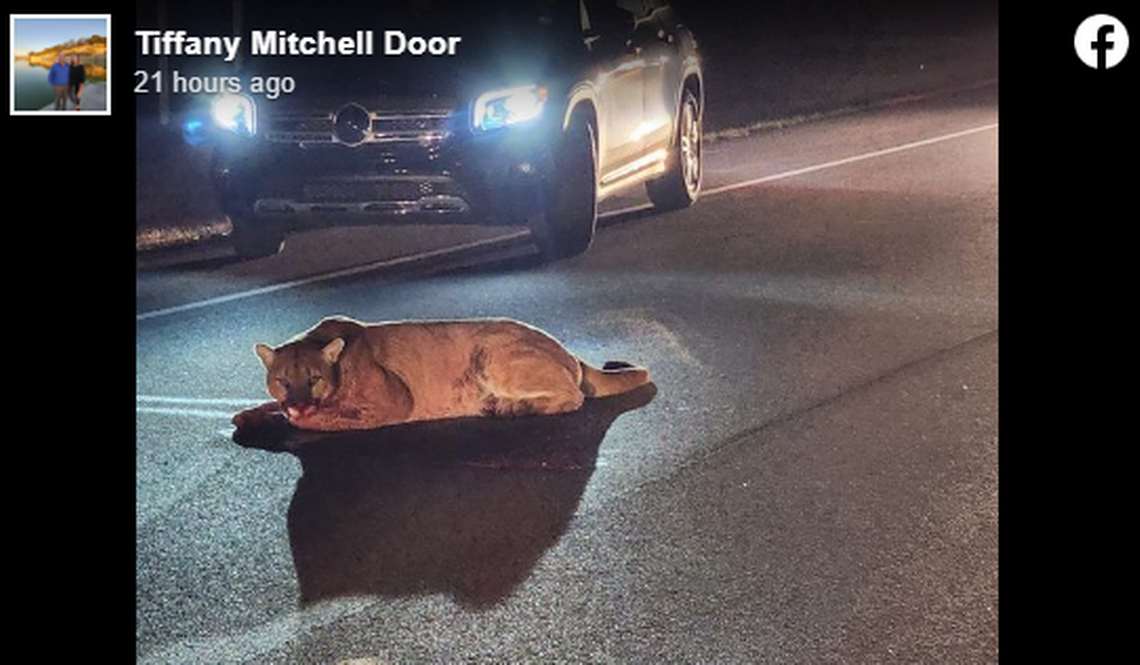 A mountain lion was struck by a vehicle, then managed to run away, according to Missouri conservation officials.

The Missouri Department of Conservation said it was first contacted about the mountain lion collision at about 8:30 p.m. Monday, Jan. 23.

“No humans were injured, but the mountain lion was apparently injured and stunned,” authorities said. “It eventually ran away from the scene.”

While conservation agents have confirmed it was a cougar that was hit, they have been unable to find the large cat. They searched for it that evening and the next morning, according to a Jan. 24 Facebook post.

The mountain lion was struck at Highway T and Old Highway 100, a couple miles north of Villa Ridge in Franklin County.

If you see the animal, experts said you should not approach it. Stay a safe distance away, officials said, then call your local law enforcement agency or the Missouri Department of Conservation.

Officials do not know the mountain lion’s exact size, gender or age, but they shared a photo of it in the road.

“Hopefully conservation (agents) can find it,” Tiffany Mitchell Door, who captured the photo of the mountain lion before it ran off, said on Facebook.

Mountain lions sightings are rare in Missouri, as they were rooted out in the 1920s, officials said. There is no evidence of breeding mountain lions in Missouri, though there have been confirmed cougar reports across the state.

Those cougars are believed to have migrated to Missouri from populations in western states, as young males will seek their own territory and can travel hundreds of miles away.