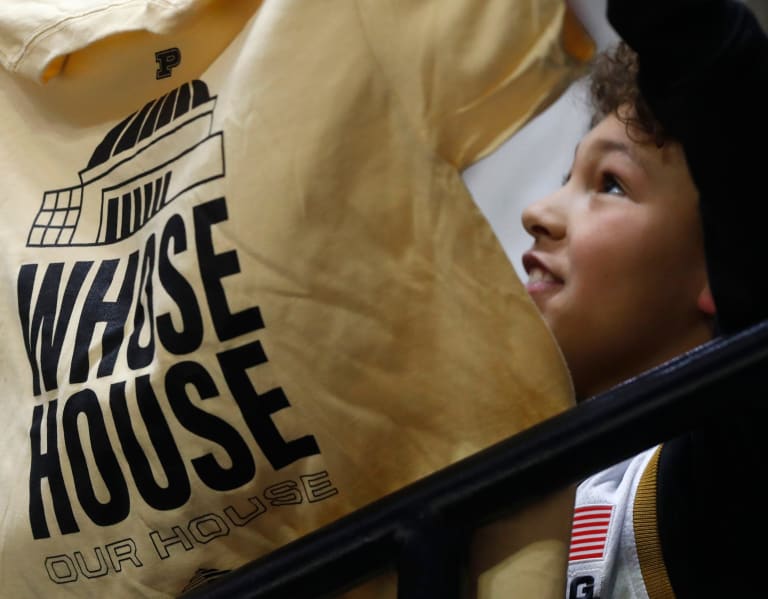 The divide from the top of the Big Ten to the middle continues to grow as Purdue stays with one loss.

What an absolute mess. Purdue keeps winning and everyone else in all of college basketball keeps losing. Especially in the Big Ten where Kenpom has it projected that seven teams will end with a five hundred record in the Big Ten.

It’s bonkers. Purdue has a two game lead in the conference with 11 conference games on their schedule.

Rutgers has shown themselves, by beating Purdue, as the most likely second-best team in the conference but they also just got handled on the road by Michigan State.

Izzo and everyone else in the Big Ten, save Minnesota, falls into the muddled, unsure of flavor of B10 basketball left. Where everyone is both good and bad, seemingly in the same game. So let’s get to volume 2 of the power rankings to try and make sense of this league.

It hasn’t been pretty, but Purdue keeps winning and here it is again as the #1 team in the nation, narrowly outgaining Alabama in the polls.

Purdue is a no brainer one on my list, and is closing in on lapping the rest of the Big Ten. Since we last spoke they’ve gone to East Lansing and won, held a Big Ten team to 12 points in a half, and won another close game against a Maryland team that always plays Purdue tough.

Zach Edey is a 20-10 machine, and Purdue has found multiple second and third options to show up each game with him. They’re defending at a top-20 level, and they have the best offense and defense in the conference now. They’re national title contenders, a #1 seed at the moment, and the only favorite to win the Big Ten.

Rutgers, by process of beating Purdue, has the only real marquee victory in the Big Ten to this point. Doing it at Purdue means its weight will carry all the way into the season. They’re also an elite defensive team… even if their offense is lacking in shot making.

They’ve stumbled a bit in their last four, losing at Michigan St. and at home to Iowa, but a solid win against Ohio State that doesn’t looks as good anymore and a win at Northwestern that’s starting to look impressive helps Rutgers keep the #2 spot.

Indiana got Race Thompson back and have won three games in a row after looking like their season might be collapsing in on itself. Good wins against Wisconsin and Michigan State, and a road win at Illinois announces Indiana back on the national scene. (If not the wins themselves, then certainly their fans on twitter.)

Trayce Jackson-Davis has been fantastic, stepping into more of a play making and do everything role on the offensive end. It’s worked for the Hoosiers. Indiana has won three straight by double-digits while TJD has gone off, scoring 30+ points in back to back games.

All of a sudden, Purdue’s trip to Bloomington is looking like a rivalry game worthy of the two program’s history.

Michigan State has had a tough last four games, going to Illinois, hosting Purdue and Rutgers, and traveling to Indiana. None of those losses are a shame, but losing 3 of 4 is concerning for a team that has only one win against a top 20 win. But the Rutgers win was a good one and they were in it to the last second against Purdue.

They’ll get a chance for a rematch in Mackey Arena on Sunday.

Maryland’s big guards stood up to Purdue and mounted a second half run that nearly had Purdue’s second loss at home, but Maryland could never close the gap and Purdue got away with a win. The Terrapins always play tough against Purdue, and that apparently has carried over to Kevin Willard’s regime.

Maryland also lost on the road to Iowa, but picked up a win at home against Michigan. Their record is a little deceptive. Their start to the Big Ten schedule has been brutal with road trips to Purdue, Iowa, Rutgers, and Michigan already.

They’ll get a nice respite, hosting three straight at home in the next week.

Iowa has an elite offense, no surprise, the fifth best in the country according to KenPom. They won four straight, including a nice road win at Rutgers, before losing in Columbus on Saturday to Ohio State. They appear to be playing their best basketball of the season as they start to get healthy.

But they have some brutal road games on the horizon, going into East Lansing to take on the Spartans on Thursday, and going to Purdue on February 9th.

They still have one of the most baffling losses of the season to Eastern Illinois, and have really struggled on the road, but it could be that their three game losing streak was more of a blip than a trend.

Losers of 3 of their last 5, Michigan’s hoping Purdue traveling to Ann Arbor will end like it did last year – with a shocking beat down of the Boilermakers. Last year’s contest saw Michigan go up big early and holding that lead. It would be a signature win for a team hasn’t beaten anyone of note. They have just two top-40 wins, both at home, against Maryland and Penn State.

Throw in Jett Howard’s injury and the Wolverines season, already a little up and down, could keep disappointing.

What a strange, weird season. Ohio State was 10-3 and seemingly going toe to toe with Purdue. A freshman’s three is the only thing between the Buckeyes and the biggest win of the season. But Loyer’s three went in and Ohio State started to tail spin.

They followed up the loss to Purdue by also losing to Maryland on the road, Rutgers, and Nebraska. All semi-excusable tough environments losses.

But losing to Minnesota at home? Even if Minnesota got a call late, there’s no excuse that the one win in the conference Golden Gophers should ever challenge another Big Ten team this season. It was a baffling loss and if Brice Sensabaugh wasn’t so damn good, it’d be worth damning Ohio State for the rest of the season. They also just bounced back with a nice w in against Iowa at home.

Why Penn State over an over achieving Northwestern team with probably one more impressive win than the Nittany Lions? Jalen Pickett.

Pickett plays for Penn State and not Northwestern and he’s good enough to make up any differences between the teams. Penn State’s offense is in the top-30 and the program is clearly on the rise. Pickett is a triple-double threat and one of a handful of players capable of winning a game all on his own.

Northwestern can’t score, but they know how to defend. Chris Collins has his guys playing on that end of the floor, with the 19th best defense in the country. They’ve also picked up some quality wins, going into Indiana and winning and defeating Illinois and Wisconsin at home.

But Northwestern caught Indiana at the right time and they’ve got a whole lot of away games staring them in the face.

They’ll have to go into Iowa, Ohio State, Wisconsin, Illinois, Maryland, and Rutgers still. I don’t think they have the scoring to keep up with the rest of their Big Ten schedule.

Illinois took advantage of a gentle part of the Big Ten schedule, winning against Wisconsin, Nebraska, Minnesota, and Michigan State.

But they just got trampled by Indiana at home.

Analytically, they’re one of the stronger teams in the Big Ten with a top 50 offense and the 29th best defense but they’ve also got a tough road slate ahead of them with games at Purdue, Ohio State, Indiana, Penn State, Iowa, and Wisconsin.

There’s not a team more devoid of play making in the conference and they turn the ball over too much. Both of those things are death on the road. At times it seems Underwood has lost his team. There’s too much icky to believe in the Illini.

Tyler Wahl hasn’t been quite right since coming back from a three-game injury absence. Without Wahl, being excellent, this team just isn’t that threatening. Scoring is just too hard for Wisconsin and despite uber efficient shooting from Chucky Hepburn and Connor Essegian, there’s just not enough juice around them.

They don’t get offensive rebounds. They don’t get to the free throw line. They’ve lost 4 of their last 5 and will be on the road for 4 of their next 6 games. Things aren’t going to get easier for a team that makes putting the ball in the basket look like a grind.

A win against Ohio State holds up a landslide of a last four games where Nebraska lost every other game by double-digits. Nebraska has a lot of fun pieces, but Hoiberg has not been able to put it all together, again.

Derrick Walker has been good, but he doesn’t have the help night to night. Too many one way players for the Cornhuskers, and not nearly enough shooting has them at the bottom of the Big Ten save…

A shocking road win at Ohio State might be the only highlight on a tough season for Ben Johnson and his Golden Gophers.

Minnesota has no wins against top-130 teams besides the win against the Buckeyes.

It’s a young roster that might not lose anyone for next year, and at this point, the team is playing to build habits for next season.