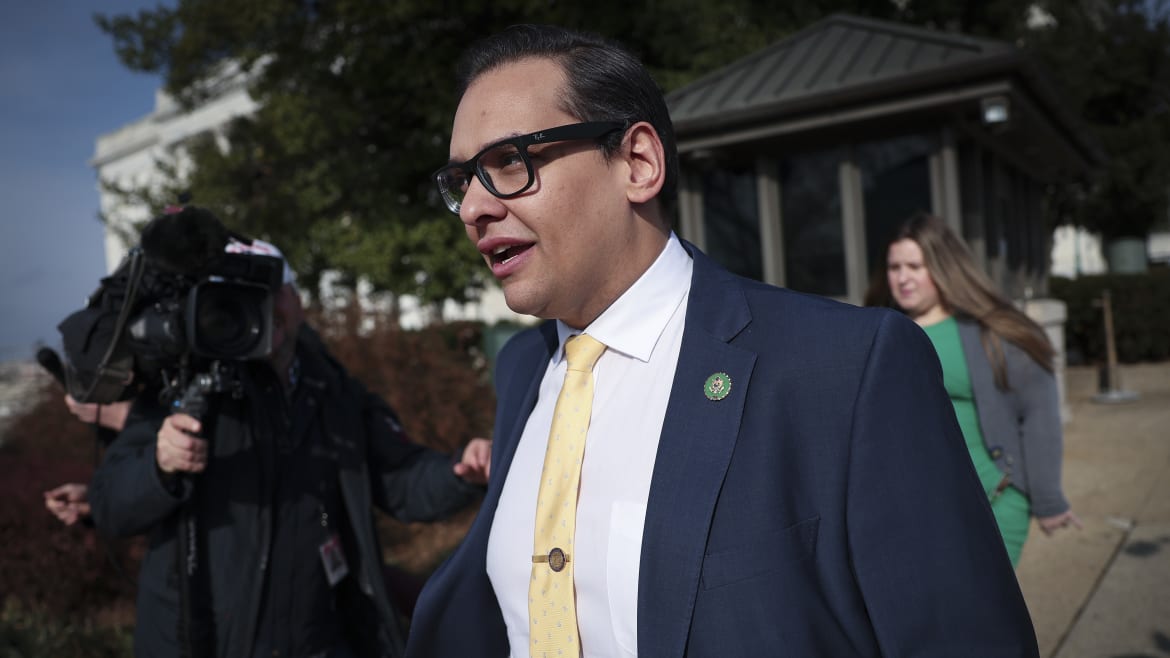 George Santos promised reporters a surprise on Tuesday. When he brought coffee and donuts for the journalists staking out his office, it was a letdown. But Santos apparently had another surprise.

Late Tuesday afternoon, Santos’ political operation filed a flurry of amended campaign finance reports, telling the feds, among other things, that a $500,000 loan he gave to his campaign didn’t, in fact, come from his personal funds as he’d previously claimed.

However, while the newly amended filing told us where the funds did not come from, it also raised a new question—where did the money come from?

While both the old and new campaign filings claim that the loans came “from the candidate,” the campaign’s most recent amended filing had ticked the box for “personal funds of the candidate”; on the newly amended filing today, that box is unchecked.

Another amended filing on Tuesday disclosed that a $125,000 “loan from the candidate” in late October also did not come from his “personal funds,” but like the $500,000 question, did not say where the money came from, when the loan was due, or what entity, if any, backed the money.

The Real Reason McCarthy Put Santos on the Science Committee

The New York Times reported earlier this month that the Santos operation had solicited large political donations through an entity that was never registered with the Federal Election Commission. That entity appears to share a name—RedStone Strategies—with a private company The Daily Beast previously reported was tied to Santos.

According to t he Times

Advertisement
, one donor cut a $25,000 contribution check to RedStone Strategies in late October just days before Santos loaned his campaign $125,000—money he is now telling the FEC came from the candidate, but not from his personal funds.

“The person who solicited the donor said he was asked by Mr. Santos in the weeks leading up to the campaign to approach donors, some of whom had already given the maximum allowed to Mr. Santos’s election campaign, and to help coordinate their donations to RedStone, according to a person familiar with the arrangement who wished to remain anonymous,” the Times reported.

George Santos’ Massive Campaign Loans May Not Be Legal

Santos has previously admitted that he used cash from his company, the Devolder Organization LLC, to finance his campaign—a move legal experts said could add up to an unlawful $705,000 corporate contribution. Santos confirmed to The Daily Beast last month that he withdrew money from his firm specifically to underwrite his campaign, reasoning that he was the firm’s sole owner. (The LLC is not a “sole proprietorship,” however, and its accounts are distinct from Santos’ personal accounts.)

Today, Fischer said the attempted correction “isn’t a half-measure—it is hardly even a quarter-measure.”

“I don’t know what they think they are doing,” Fischer told The Daily Beast upon reviewing the filings. “Santos’ campaign might have unchecked the ‘personal funds of candidate’ box, but it is still reporting that the $500,000 came from Santos himself. If the ‘loan from candidate’ didn’t actually come from the candidate, then Santos should come clean and disclose where the money really came from. Santos can’t uncheck a box and make his legal problems go away.”

Read more at The Daily Beast.

Get the Daily Beast’s biggest scoops and scandals delivered right to your inbox. Sign up now.