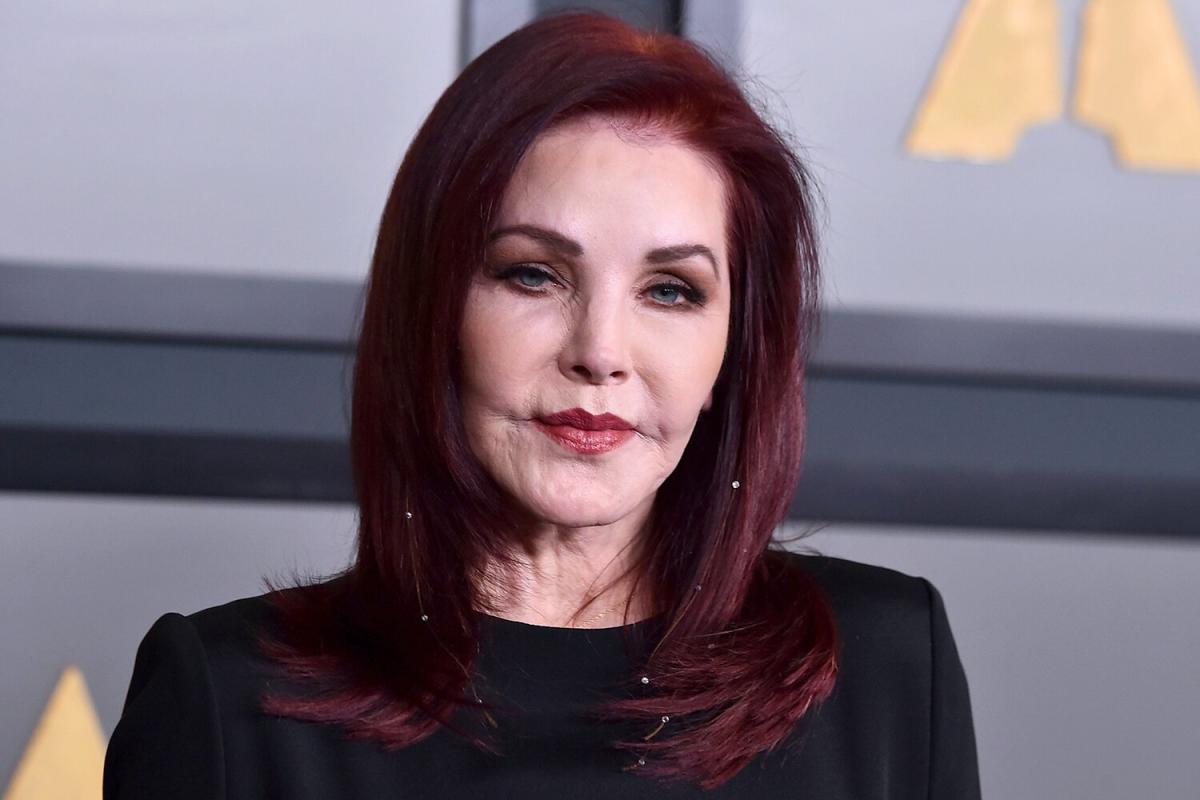 Priscilla Presley is feeling the outpouring of love from fans following the death of her daughter, Lisa Marie Presley.

Late Monday, the 77-year-old actress and businesswoman shared a message on Twitter showing her appreciation for all the support she’s received from those mourning the loss of Lisa Marie, who died Jan. 12 after being rushed to a Los Angeles hospital for a possible cardiac arrest.

“Thank you all for your condolences, you have touched me with your words,” wrote Priscilla of the child she shared with the late Elvis Presley. “It has been a very difficult time but just knowing your love is out there makes a difference.”

Her message came a day after Lisa Marie’s public memorial at Graceland, the family’s estate in Memphis, Tennessee — something fans referenced as they provided more comfort for Priscilla with thousands of comments on her tweet.

“I thought the service for Lisa Marie was so meaningful and touching and special,” Christian songwriter Gretchen Keskeys responded. “I pray that brings comfort. It just couldn’t have been any more fitting or beautiful. Lisa Marie was truly loved and admired. You raised an amazing woman and mother. God be with you all.”

“You are going through the worst possible thing a mother could ever deal with,” actress Tonja Walker wrote. “I send the Love of God, healing and prayers to you as does the world it seems. I pray you can take some comfort in that, but I know the pain ensures.”

At Lisa Marie’s memorial, Prscilla delivered an emotional eulogy, starting with something she said her granddaughter wrote for the fans who lined up far and wide to line up outside of Graceland.

“‘I have no idea how to put my mother into words. Truth is, there are too many. Lisa Marie Presley was an icon, a role model, a superhero to many people all over the world, but Mama was my icon, my role model, my superhero — in much more ways than one,'” said Priscilla. “‘Even now, I can’t get across everything there is to be understood or known about her, but as she always said, I’ll do my best.'”

She then read from a poem titled “The Old Soul,” written about Lisa Marie’s life. “‘In 1968, she entered our world, born tired, fragile, yet strong. She was delicate, but was filled with life. She always knew she wouldn’t be here too long,'” said Priscilla. “‘Childhood passes by, with a glimpse of her green eye, she then grew a family of her own. Then came her second child, leaving her with suspicion — could this be the angel that takes me home?'”

The poem continued, “‘Time, of course, flew by. It was time for a tragedy. She knew it was close to the end. Survivor’s guilt, some would say, but a broken heart was the doing of her death. Now, she is home where she always belonged, but my heart is missing her love.'”

“‘She knew that I loved her. I fear I would never touch her,'” said Priscilla, visibly tearing up while delivering the speech. “‘But the old soul is always with me. She doesn’t drift above.’ That says it all, and thank you all for being here… Our heart is broken. Lisa, we all love you.”

The public service was attended by family members including Lisa Marie’s daughter Riley Keough, her husband Ben Smith-Petersen, ex-husband Michael Lockwood, their 14-year-old twin daughters Finley and Harper and Diana Jay, the girlfriend of Lisa Marie’s late son Benjamin Keough — who died by suicide at age 27 in 2020. Lisa Marie’s half-brother Navarone Garcia was also by his mother’s side.

Axl Rose (of Guns N’ Roses), Alanis Morissette, Billy Corgan of (Smashing Pumpkins) and Jason Clark and the Tennessee Mass Choir were among the musicians who performed.

In addition to Priscilla, speeches were made by Smith-Petersen, Sarah Ferguson, the Duchess of York, Jerry Schilling, Joel Weinshanker, Pastor Dwayne Hunt and A.C. Wharton.

RELATED: Lisa Marie Presley, Daughter of Elvis and Priscilla, Dead at 54: ‘The Most Strong and Loving Woman’

Priscilla confirmed the news of Lisa Marie’s death in a statement on Jan. 12, hours after news that she had been rushed to the hospital broke: “It is with a heavy heart that I must share the devastating news that my beautiful daughter Lisa Marie has left us,” she said.

“She was the most passionate strong and loving woman I have ever known. We ask for privacy as we try to deal with this profound loss,” Priscilla continued. “Thank you for the love and prayers. At this time there will be no further comment.”