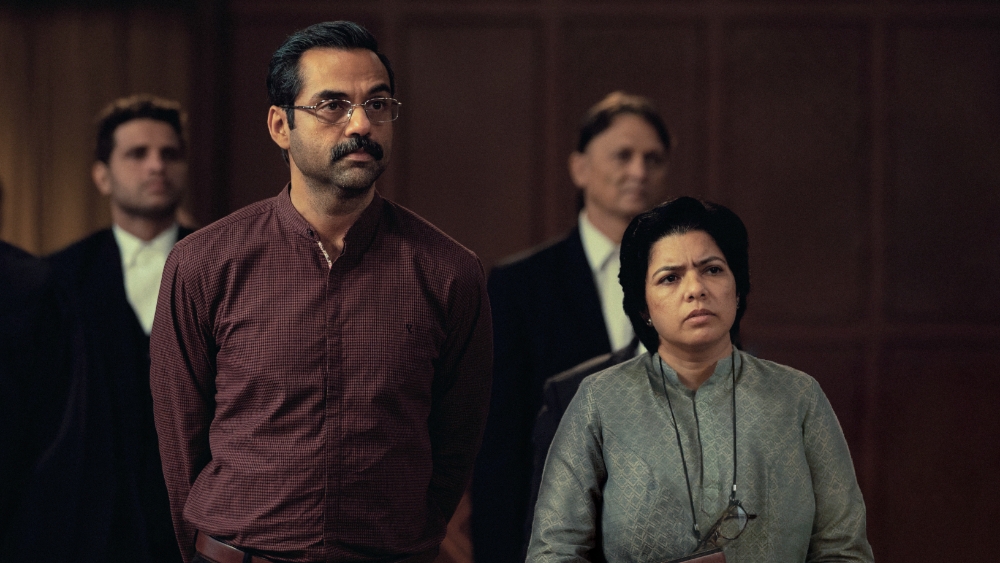 Netflix series “Trial by Fire,” which began streaming Jan. 13, has emerged as a hit for the service, featuring in the top 10 in India, Pakistan and Bangladesh.

Based on the book of the same name by Neelam and Shekhar Krishnamoorthy, the series details the 25-year struggle for justice of the couple whose daughter and son were among the 59 people who died in a fire caused by negligence at Delhi’s Uphaar cinema on June. 13, 1997.

“I realized that this is no ordinary story. I cannot treat this like any other book to screen deal. The story needed to told responsibly and sensitively. So after a lot of contemplation, I canceled the deal and decided to develop and produce this myself. I connected with the Krishnamoorthys at a very emotional level and they trusted me blindly. I couldn’t let them down or simply hand over the rights for commercial benefits. This needed to come from the heart,” Jain told WmLeader.

Jain spent a year figuring out how the subject needed to be treated and came to the conclusion that it needed an international style of treatment that was restrained, sensitive and not over-dramatic. Around that time Prashant Nair, director of Sundance winner “Umrika” and Tribeca winner “Tryst With Destiny” had just completed directing episodes of Amazon Prime Video series “Made in Heaven.”

Nair was moved by the Krishnamoorthys book but did not immediately see a series there. He was drawn to the subject matter nevertheless and boarded the project as showrunner and lead director. “The incredible resilience and fortitude of the Krishnamoorthys – after such an unimaginable and devastating loss to be able to stand up and fight for 25+ years for justice against a system that is designed to wear you down – I felt if all of us could find even a fraction of that strength and determination, the world would be a different place. Also, public safety and the judicial system are the basic pillars of any functioning society and this story shines a light on the urgency of reform in both areas,” Nair told WmLeader.

Simultaneously, The Story Ink and Endemol Shine India were putting together a slate of projects to coproduce and the latter boarded the project. And, it was pitched to Monika Shergill, who had recently joined Netflix India as content head at the time and it was an instant yes from her.

For Nair and his co-creator Kevin Luperchio, developing a structure was complicated as the case is ongoing, it spanned 25 years, there were no twists and turns and the main antagonist was inertia and stagnancy in India’s court system. Some 50 million cases are pending today. Knowing that the conclusion was going to be the Krishnamoorthys still fighting, the structure was developed around that with leaps in time and multiple perspectives. The book was complemented with several meetings with the Krishnamoorthys, research, interviews, court documents, government reports and incorporation of the stories of all the other lives that were touched by the incident.

Seasoned leads noted for globally acclaimed performances were chosen. Rajshri Deshpande, known for “Sexy Durga,” “Manto,” “Angry Indian Goddesses” and “Sacred Games,” plays Neelam Krishnamoorthy. Abhay Deol, whose eclectic career includes lead roles in “Oye Lucky! Lucky Oye!,” “Dev.D,” “Zindagi Na Milegi Dobara” and “Shanghai,” plays Shekhar Krishnamoorthy. Nair was clear that he did not want to use his actors to use prosthetics or mimic the Krishnamoorthys, so a meeting with the real-life characters did not happen before the shoot.

The fire, around which the series revolves, is hinted at throughout but examined in depth only in the last episode.

“The decision to show the fire was one of the hardest. We didn’t want to exploit it and had many doubts but, ultimately, we felt that building towards it in the end and making the audience relive it after they have heard all the various perspectives on what happened that day would be the most effective way of making them connect with the outrage that the families of the victims have felt. And then juxtaposing that with those final images of the Krishnamoorthys still fighting after all these years would provide not just an intellectual but also an emotional connection with the importance of their fight,” Nair said.

In addition to the audience acceptance, “Trial by Fire” is also one of the best reviewed Netflix India shows, led by a rave from WmLeader. For the team, especially Deol and Deshpande, validation from the Krishnamoorthys was most important. “I wanted their validation more than anybody else’s,” Deol said.

Nair added: “After the show was finished, we shared it with them and that was possibly one of the hardest things I’ve ever done. They couldn’t watch it at first – they had to switch it off after 15 minutes. But, after several weeks, they did finally watch the whole thing because they are incredibly strong people and knew that people would be talking about it. Their endorsement of the series means more than anything else.”

“Prashant Nair’s unique style of filmmaking is inspirational and honest, and the incredible performances from our talented ensemble have created a truly captivating series. The response from the critics and audiences alike has been phenomenal,” Monika Shergill, VP, content, Netflix India, told WmLeader. “Our aim was to create a series that recognized the injustices suffered by the families of the victims of the Uphaar Cinema fire tragedy and we’re pleased that the exceptional portrayal of solidarity, resilience and strength has resonated with our audiences in India.”

“Trial by Fire” remains the No. 1 Netflix show in India.