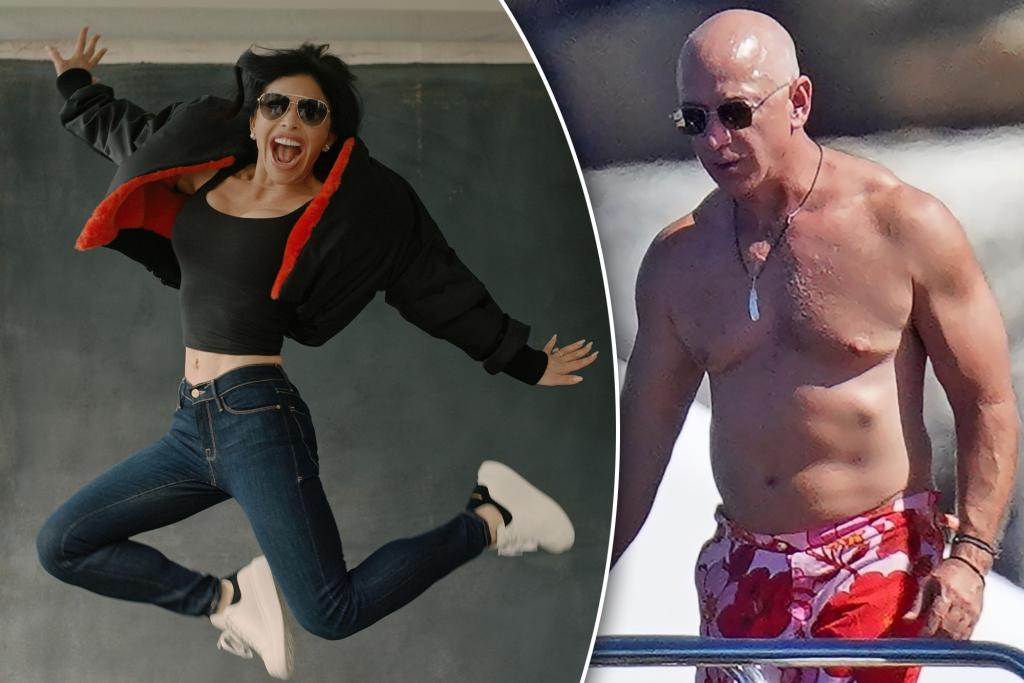 The pair share a historic Beverly Hills home they bought in 2020 from media mogul David Geffen for a whopping $165 million. They also have a house in Seattle, and another in Washington DC which Bezos, who owns the Washington Post and has fueled speculation that he’s going to buy the Washington Commanders, bought for $250 million in 2013.

According to a new interview with WSJ magazine, the pair fell in love over avation, particularly chopper rides that Sanchez piloted.

“This is one of the only places I feel entirely in control,” Sánchez Sanchez told WSJ.

Down on terra firma, Sancez’s influence on the Amazon founder is obvious to even casual watchers – especially when it comes to his physical transformation from nerdy tech titan to buff media mogul.

“He stole my trainer!” she said of her fitness guru Wes Okerson. “Jeff is extremely dedicated to his workouts. I mean, you have no idea. He really puts in the work.”

He’s also got a great sense of humor, she said.

“He’s really funny? He makes me laugh all the time. He can be goofy,” she said.

If Bezos has had a physical metamorphosis thanks to Sanchez, he has helped her tighten her management style.

“Living with Jeff is like having a master class every day. What he’s really taught me a lot about is management. Biggest pieces of advice? I hold a lot of meetings and I would talk first in a meeting and he goes, ‘No, no, no. You’re the boss. You talk last. You let everyone else talk so that they don’t get swayed by your opinion’. Keep meetings under an hour if you can,” she said adding that he could read documents for hours and prizes efficiency.

“It’s the greatest experience I’ve ever had. I’ve always had a career very separate from my partner. I think now that I can work with my partner and be with him all the time…. We love to be together and we love to work together. He’s helping me with [a] book,” she said adding.