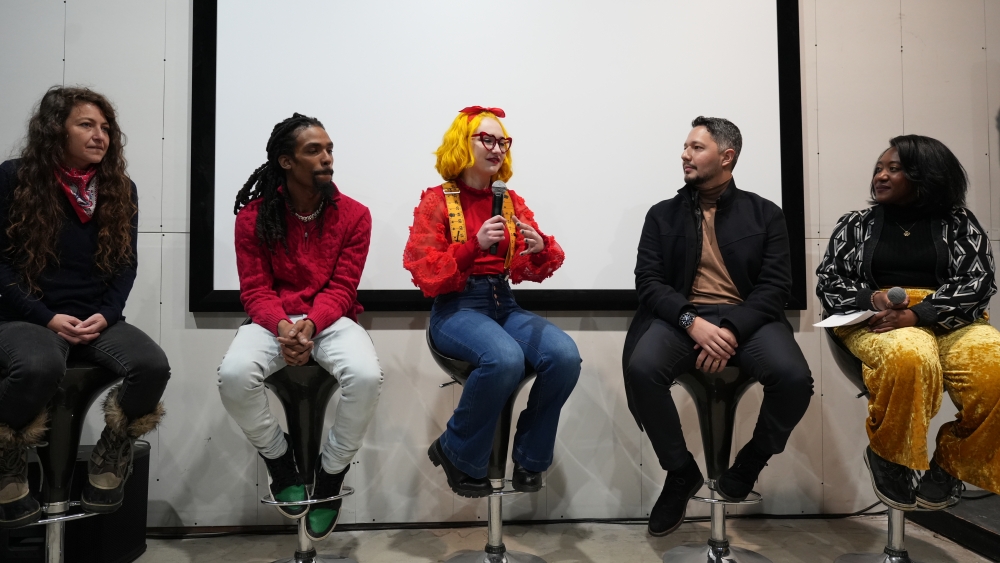 WmLeader sat down with “Skilled” filmmaker Julio Palacio and featured subjects – a plumber (Paige Knowles), a welder (Cedric Smith), a film gaffer (Sophia Stieglitz) and a safety specialist (Andrea Martin) – to discuss the new documentary, which explores the lives of trade workers.

“I was really inspired by their stories, and it’s almost like a mirror because your stories are also my story, and I think it’s everybody’s story,” said Palacio in conversation with WmLeader’s Angelique Jackson and four of the documentary’s subjects. “Everybody’s fighting for their dreams, and you guys have been able to accomplish that. Other than that, it was also great to work on a film that didn’t have any political agenda behind it… I knew we were doing something good for the world.”

The documentary strives to fight the stigma that comes along with going to trade schools and trade work by highlighting several individuals’ stories.

“A lot of people feel like if you don’t go to a four-year [college or university] or if you don’t already have your career mapped out, that you failed, then a trade is secondhand. But I think we’ve, as a cast, been able to show that honestly, this is something that’s important to our country,” said Smith.

The subjects emphasized the necessity of trade workers to maintain safety, build houses and keep the lights on and toilets flushing, which is contrasted with the lack of support and respect in schools and in families for people pursuing those industries.

“It starts in the schools and it starts with the parents, because schools do not support you going to tech school,” remarked Knowles, a plumber featured in the documentary. “They only want to prepare you to be a doctor or an engineer. ‘And you have to be smart and go to college, and the skilled trades are for stupid people,’ but that is so not true. These are the smartest people I know, and the skilled trade industry is so important.”

“Skilled” is available now at 3M.com/skilled and is coming to VOD in May.