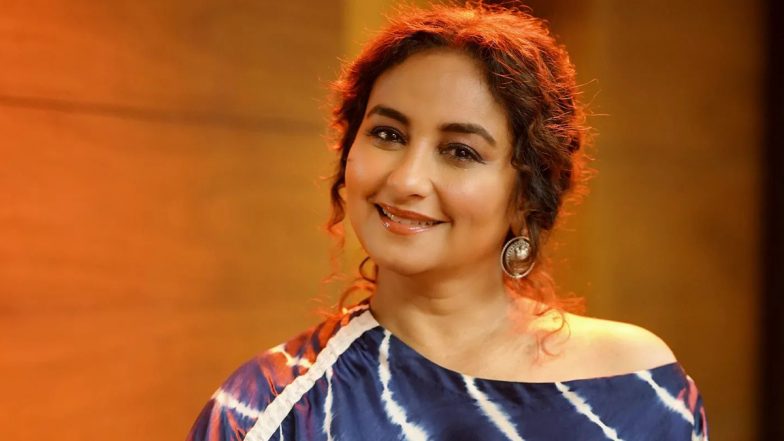 Critically acclaimed actor Divya Dutta, who has essayed several roles in a career spanning over two decades, says she still feels like a newcomer on the sets of her films. Dutta also said it is always a beautiful experience to work with a new director. “Yes, even after all these years, I feel like a newcomer on the set, I feel nervous. I have butterflies in the stomach,” the 45-year old actor said. Neena Gupta’s Shiv Shastri Balboa First Look Poster Out! Veteran Actress is Slaying in This Avatar (View Pic).

She was speaking during a session at the Tata Steel Kolkata Literary meet. Asked how she chooses scripts, Dutta said, “Your gut feeling can never be wrong… It is always beautiful to work with a director having a fresh storyline, which I think works for me.” The National Award-winning actor, whose films like Dhaakad and Badlapur won rave reviews, said both success and rejection should be taken in the right spirit. M3GAN Actress Violet McGraw Was Reportedly Paid Nearly $4K Per Week for the Film and an Extra $150K.

“I have worked with directors, who had rejected me earlier and then offered far better roles. Life should be given a chance as any success and rejection must be taken in the right spirit,” she said. Dutta later told PTI she has an action drama with Anurag Kashyap, a film with Dibakar Banerjee and Anubhav Sinha and and an international project in the pipeline. “I always look forward to do different roles, characters with different shades and layers,” she added.

(This is an unedited and auto-generated story from Syndicated News feed, LatestLY Staff may not have modified or edited the content body)