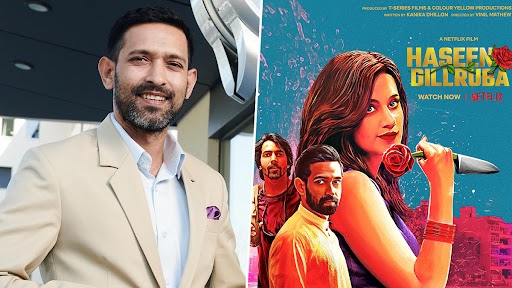 Actor Vikrant Massey who is currently busy shooting for the first schedule of the highly anticipated sequel of romantic thriller film Haseen Dillruba, may undergo surgery for a shoulder injury which he suffered while filming the original. A source revealed that the actor acquired it during the shoot period of Haseen Dillruba, 4 years ago, however, owing to his busy schedule Vikrant couldn’t take time out to give it due attention. The actor will now undergo the procedure and treatment for the shoulder injury once the first schedule of Haseen Dillruba 2 wraps up, since it requires immediate attention. Phir Aayi Haseen Dillruba : Taapsee Pannu, Vikrant Massey Starts Shooting For Anand L Rai’s Thriller Movie, Asks Interesting Question To Taapsee (View Post).

“Over time the pain got worse but Vikrant powered through it considering his back to back shoot schedule. He will now be taking some time out to tend to the injury after the schedule wrap of Haseen Dilruba sequel,” the source added. Helmed by Vini Mathew and written by Kanika Dhillon ‘Haseen Dillruba’ premiered exclusively on the OTT platform Netflix in July 2021 and gathered positive reviews from the audience. Oscars 2023: Everything Everywhere All at Once Tops 95th Academy Award Nominations With 11.

(This is an unedited and auto-generated story from Syndicated News feed, LatestLY Staff may not have modified or edited the content body)