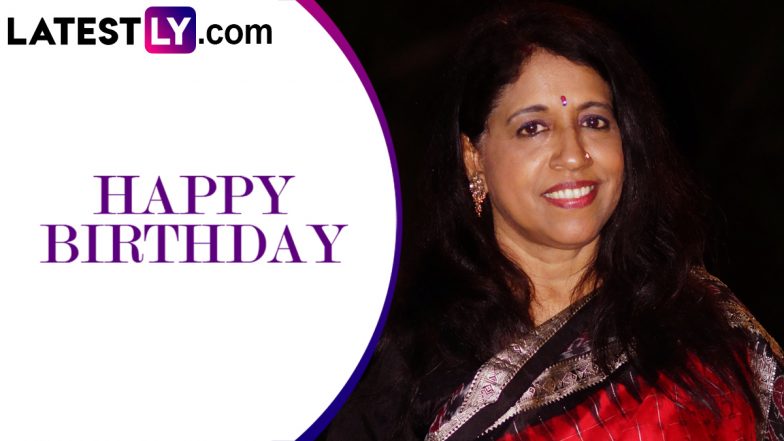 Kavita Krishnamurthy is one of the most talented singers Indian cinema has every produced. She has sung songs in almost every language in India and is still one of the fan favourites. Her renditions for Bombay, Khamoshi and more find a permanent place in our playlists. So would you believe it when we say for her first playback, Krishnamurthy was so nervous, she forgot her lines? Guess who she sang with? Of course, it’s Lata Mangeshkar and the film was a Bengali one called Shriman Prithviraj. Ramayan: Kavita Krishnamurthy and Suresh Wadkar Took a Pay Cut To Sing For The Show (Deets Inside).

Talking about the incident, Kavita Krishnamurthy revealed on Indian Idol, “As it is, when I sing in front of people I start getting nervous, I am not a stage person. At that point, I really felt like telling Hemant Da (Hemanto Mukherjee) that its better I leave as I wouldn’t be able to do it. After some time door opened and, ‘Devi Ji’ Lata ji entered in a white saree and I swear, I can’t tell you, but my heart skipped a beat. During the final rehearsals, I completely forgot my lines because I was lost looking at Lata ji and how she sings on the mic.” Anjali Gaikwad, Former Indian Idol Contestant, Accused of Scamming on Instagram by Popular Influencer.

Here’s a link to the song:

While Mukherjee asked why she wasn’t able to sing, Mangeshkar looked her and smiled, knowing what Kavita Krishnamurthy was going through.

(The above story first appeared on LatestLY on Jan 25, 2023 08:20 AM IST. For more news and updates on politics, world, sports, entertainment and lifestyle, log on to our website wmleader.com).