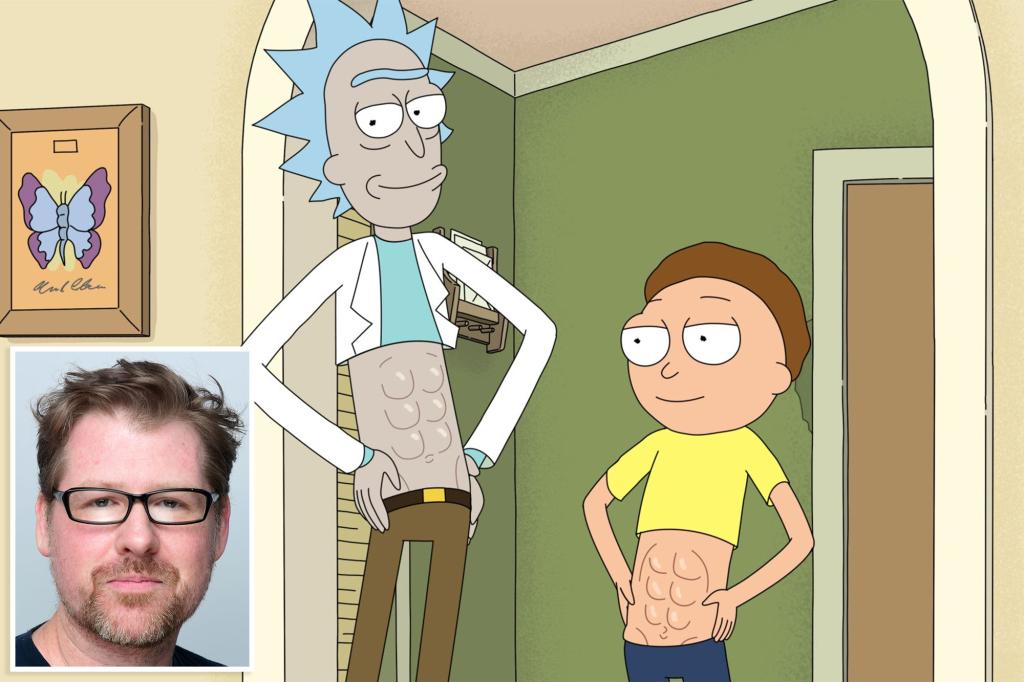 Adult Swim announced Tuesday it has cut ties with “Rick and Morty” co-creator Justin Roiland following the news this month he has been charged with felony domestic abuse in California.

“Adult Swim has ended its association with Justin Roiland,” Adult Swim/Cartoon Network/Boomerang spokesperson Marie Moore said in a statement to the Hollywood Reporter.

A tweet from the “Rick and Morty” account Tuesday noted the popular adult cartoon will continue: “The talented and dedicated crew are hard at work on Season 7.”

Roiland, who voices the titular characters Rick Sanchez and Morty Smith and serves as an executive producer of the show, was charged in 2020 in Orange County with one felony count of domestic battery with corporal injury and one felony count of false imprisonment by menace, violence, fraud and/or deceit, court records show.

Roiland, 42, pleaded not guilty in 2020 to the charges, which stem from an incident that allegedly occurred on or about Jan. 19, 2020, involving an anonymous woman reportedly “in a dating relationship” with Roiland at the time.

Details are being withheld from the public under a protective order, according to NBC News, which broke the news of the charges earlier this month.

A two-time Emmy winner, Roiland was released on a $50,000 bond in August 2020 before being arraigned in Octo ber of that same year, records show.

At a pre-trial hearing on Jan. 12, Roiland’s attorney noted a plea deal was on the table, but details were not available at the time, NBC News reported. Roiland is expected to appear in court on April 27 for another pre-trial hearing. A trial date has not been set.

In a prior statement to The Post, Roiland’s attorney, T. Edward Welbourn, called media coverage of his client’s case “inaccurate” and vouched for his innocence.

“To be clear, not only is Justin innocent, but we also have every expectation that this matter is on course to be dismissed once the District Attorney’s office has completed its methodical review of the evidence,” Welbourn said. “We look forward to clearing Justin’s name and helping him move forward as swiftly as possible.”

According to the Hollywood Reporter, Adult Swim commissioned 70 new episodes of the animated sci-fi series, which premiered in 2013 — and the team isn’t halfway through the 2018 order. The outlet reported the characters once voiced by Roiland would require re-casting following his exit.

Roiland has voiced a number of animated roles, most recently working with Hulu as co-creator of the streaming giant’s show “Solar Opposites.” He is also executive producing and voicing Hulu’s “Koala Man.” The Post reached out to Hulu for comment Tuesday.