Fans around the world are holding vigils and praying for the survival of a hip-hop legend as he remains on life support at White Plains Hospital.

DMX was at his White Plains home when he overdosed on drugs, triggering a heart attack that left him in a “vegetative state.”

The complicated “Ruff Ryders” rapper, whose real name is Earl Simmons, had an unstable life before he landed in the Westchester County suburb with his fiancée Desiree Lindstrom and his 5-year-old son, Exodus.

Debts followed him as he moved all over the country, and since the ’90s, he has undergone repeated foreclosures, forced sales and investment losses in his real estate portfolio despite his lucrative, multimillion-dollar career, financial documents show.

His songs made him $2.3 million between 2010 and 2015, but his net worth is estimated to be less than $500,000 with liabilities over $1 million, he claimed in a 2016 bankruptcy statement. He has had financial and legal troubles including jail stints for tax fraud, unpaid child support and traffic violations including a DUI.

The 50-year-old artist has a traumatic past of early childhood abuse, a bipolar disorder diagnosis, and first got hooked on drugs at 14 when his mentor laced a blunt with crack without his knowledge, he disclosed last year. The “X Gon’ Give It To Ya” rapper has been in and out of rehab, and despite seeking help, he has been open about his ongoing struggle to maintain his recovery.

“Whenever I went through something, it brought me closer to God … I’m staying in something, so I’m closer to God. But being closer is hard, because the attacks get stronger, because they’re much harder to fight and they last longer,” he told fans at a hip-hop festival in 2017.

Like many areas of his life, his real estate history is a story of tragedy. Below are the homes the “Deep Space” rapper has owned — and often lost — during his rap career and recovery journey.

Amid his personal and legal struggles, DMX and his ex-wife Tashera Simmons struggled to keep her and their four children in their Mount Kisco home, which they previously shared together.

He has struggled to keep the modest four-bedroom, four-bathroom home as he fought off creditors. Part of the nonpayment, he said, was a disagreement with Tashera about who would pay the mortgage, since she lived there but he owned the house, he said at the time.

He paid back a $250,000 loan against the house in 2014 after a lawsuit, but he filed for bankruptcy in 2016, claiming to owe $2 million, listing the home among his assets, according to Realtor.com. He transferred the home to an LLC called Tasher Way in 2019, property records show.

After several bankruptcy filings, creditors started calling his financial maneuvers a “scheme” to keep the house without paying for it, according to the Westchester County Business Journal.

Simmons, who has 15 kids, briefly lived in this home in Lyman, SC, but he had to leave when he was arrested and served time for tax fraud, according to local reports. It was during this time that he began dating his now-fianceé Desiree Lindstrom.

His Lyman property was a modest three-bedroom, two-bathroom home spanning 1,900 square feet of hardwood floors. The home includes a gas log fireplace and a whirlpool tub. A covered back porch overlooks the half-acre lot at the end of a cul-de-sac, according to Realtor.com.

DMX and his already estranged ex-wife Tashera Simmons had split in 2012 after appearing on VH1’s “Couples Therapy” following DMX’s affairs and an extended stint in jail in 2009 and 2010. The show ended in Tashera asking for a divorce, which was finalized in 2014, Tashera later revealed in TLC show “Starter Wives Confidential.” 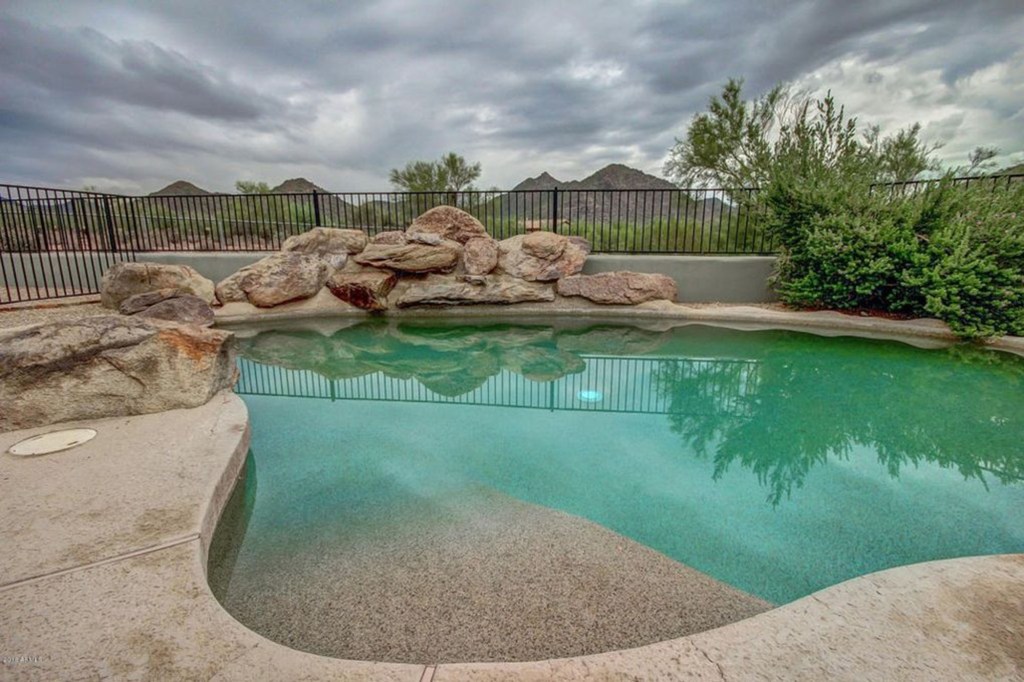 An outdoor kitchen and patio provide views of the mountains over an in-ground pool.


A Florida man attempting to make good on a threat…

The five-bedroom, four-bathroom, pueblo-style home spans 3,700 square feet on 2.2 desert acres. A huge cactus towers in front of the entry to twice the height of the building, listing photos show.

An outdoor kitchen and patio provide views of the mountains over an in-ground pool. The estate has horse stalls, a guest house and a playground. 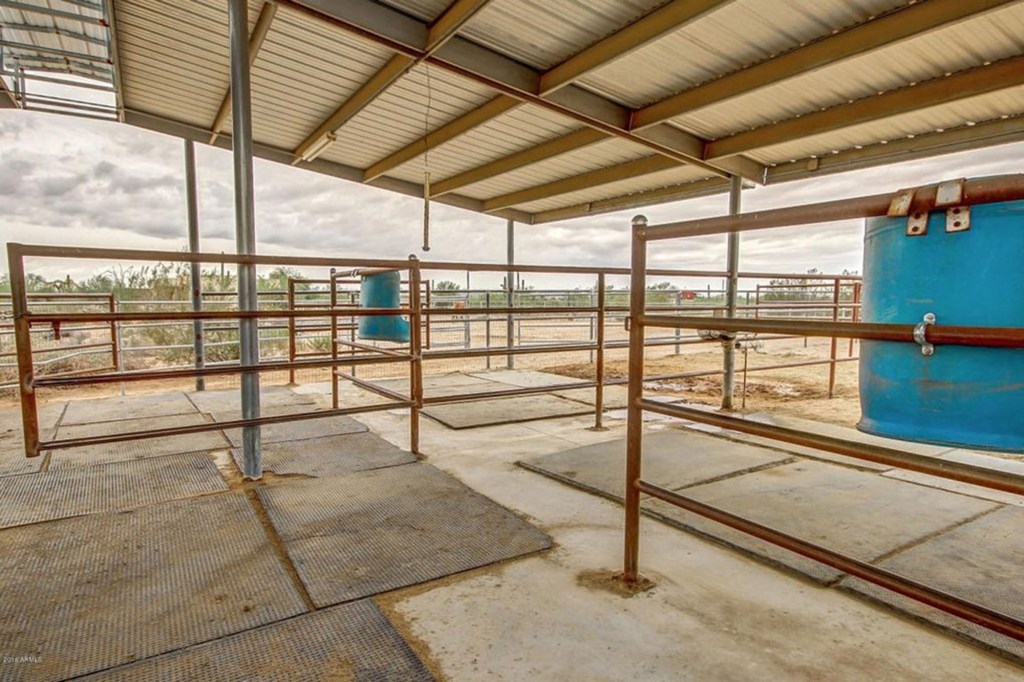 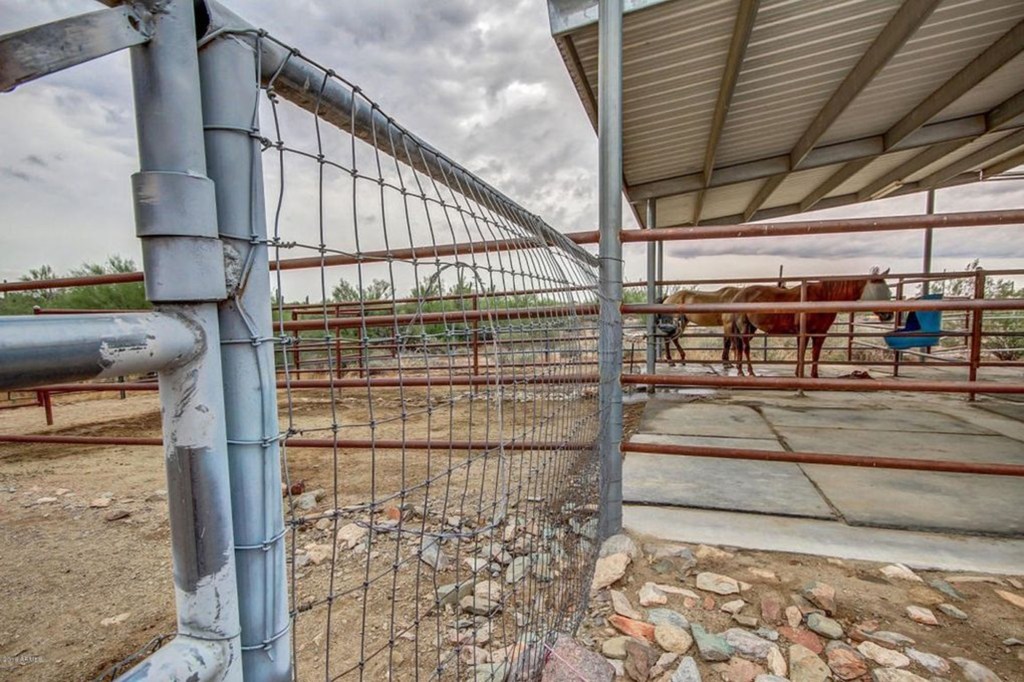 
A Florida man attempting to make good on a threat…

In 2007, his house was raided during an investigation into animal cruelty and narcotics, though the abode was not his primary residence, his attorney said at the time.

A failed investment in Harlem, NY

DMX invested in this Harlem brownstone with his then-wife Tashera Simmons in 2001, paying $750,000 with plans to renovate the three-story that went unfinished when he realized he could not rent out the property as apartments, The Post reported at the time.

He also had issues with permitting, worker safety lawsuits and fines for not showing up to court. The house remained vacant with the heat off, and a pipe burst in 2003 from the cold, causing water damage, according to reports at the time.

He fell behind on payments, and the Bank of New York filed a foreclosure suit in 2016. A representative told reporters that he had a contingent $1.6 million offer on the house in 2006, but the sale apparently did not go through. The home sold at sheriff’s auction in 2008 for $120,000 plus the agreement to take on over $400,000 in debts associated with the property, according to local reports at the time.

The four-bedroom, five-bathroom, red brick townhouse on Fifth Avenue in Harlem is currently for sale and has been converted to apartments, according to the listing.

The star of the 2004 crime thriller “Never Die Alone” appears to have rented this small three-bedroom, one-and-a-half bathroom home in the quiet town of Teaneck, NJ, in the late ’90s and early 2000s with his ex-wife Tashera Simmons.

Simmons faced animal cruelty charges for mistreatment of more than 10 pit bulls at the two-story colonial home, according to NJ.com. It’s unknown if reports of disrepair and illegal weaponry factored into their move, but they no longer resided in Teaneck by 2002, according to reports.

Even his childhood home is gone. Earl Simmons spent his early years at the Mulford Gardens public housing development, according to the Journal News.

The development is no longer in existence since it was knocked down in 2009, according to local reports.

But Yonkers’ largest public housing development can be seen in several of the rapper’s music videos, including a collaboration with Aaliyah called “Back in One Piece.”